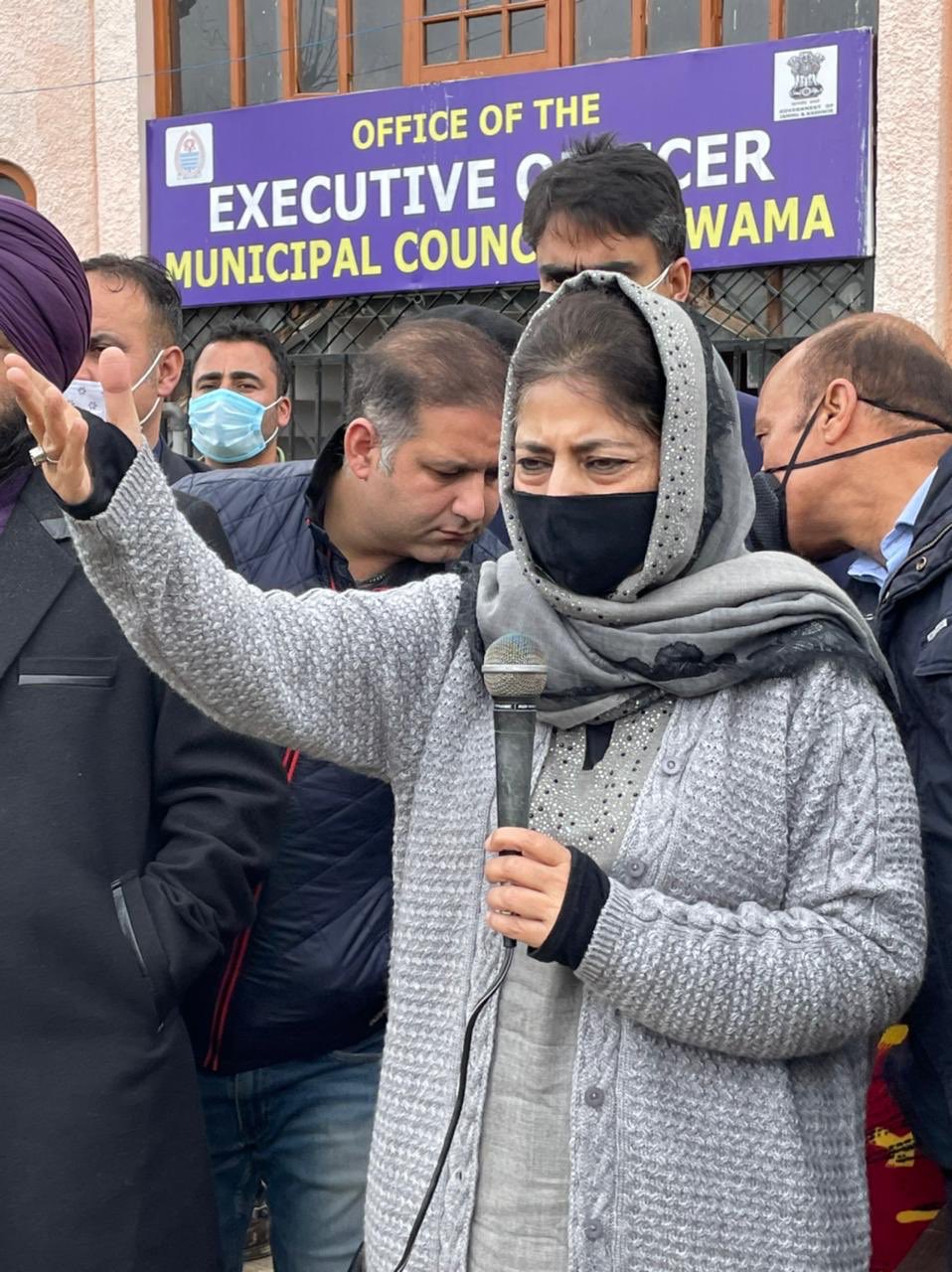 SRINAGAR: PDP president Mehbooba Mufti on Friday accused the Centre of trying to dismantle her party by luring and threatening its members.

Her remarks come a day after she was grilled for five hours by the Enforcement Directorate at its Srinagar office in connection with a money laundering case.

In a tweet, the former Jammu and Kashmir chief minister charged, “GOI (Government of India) is trying to dismantle PDP by luring & threatening its members. Investigative agencies like ED are being used to intimidate me.”

Accusing the government of trying to subject her to political vendetta, she said, “To make matters worse, Im being denied of my fundamental right to a passport. If this isn’t political vendetta then what is?”.

After the questioning, Mufti had told reporters that dissent has been criminalised in the country and central agencies like NIA, CBI and ED were being misused to silence the opposition.

“Dissent has been criminalised in this country. ED, CBI and NIA are being misused to silence the opposition tactically,” she charged.

She further charged that anyone opposing the current government was hounded by trumped up charges like sedition or money laundering.

“This country is not being run by the Constitution but the agenda of a particular political party,” she alleged.

Asked about the questions put forth to her by the ED, the PDP chief said she was asked about the sale of her ancestral land in Bijbehara area of Anantnag district and the use of the Chief Minister’s discretionary funds.