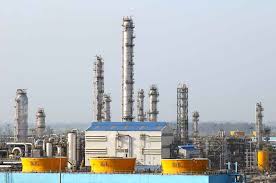 MUMBAI: Maharashtra Navnirman Sena (MNS) president Raj Thackeray has written to state Chief Minister Uddhav Thackeray, urging him to ensure that the oil refinery project that was proposed to be set up at Nanar village in coastal Ratnagiri district, does not go out of the state.

In the past, Raj Thackeray had opposed this project and supported the local villagers, who were against it.

“Some time ago, I read that a major international project was passed on to Bengaluru and the Maharashtra government was trying its best to get it back. The other states are in a cut-throat game of snatching projects from Maharashtra. In such trying times, Maharashtra should not let go of the ‘Ratnagiri Rajapur refinery’ project,” the MNS chief said in his letter to the CM, his estranged cousin, who is also the Shiv Sena president.

“This is a massive project of nearly Rs three lakh crore. We surely cannot afford to lose this project to another state,” he added.

The Ratnagiri Refinery and Petrochemicals Ltd (RRPCL) is commonly referred to as the Nanar project. The Shiv Sena had been opposing the project due to opposition from the local people.

In March 2019, the BJP-led Maharashtra government, in which the Shiv Sena was its partner, had made it clear that the project will not come up at Nanar. The government signed a proposal to denotify the land which was to be acquired. It was announced at that time that the project would be shifted.

Scrapping of the project was one of the conditions of the Shiv Sena for a tie-up ahead of the 2019 Lok Sabha and state assembly polls.

Speaking about the Konkan region, the MNS chief said in the letter, “While nature has bestowed so much natural beauty to Konkan, this region also stands out as a cultural seat and most of our outstanding personalities that are the true treasures of our country are from this region.”

“In most of my speeches, I have gone on record to state that if one maps out the geographic boundaries of the Konkan coastline, then this region has gifted us seven Bharat Ratnas and out of them, four are from Dapoli itself,” he added.

Although this region is so gifted, the Konkani youths find themselves lost and in a dismal state of mind. For jobs and their daily livelihood, they have to turn towards Mumbai and Pune, he said.

Tourism can change this entire scenario. However, this thought process was not carried through methodically. There was a ray of hope that a big project would come and turn things around, unfortunately it did not materialise, he said.

“Presently, there is one opportunity knocking at the door. The coronavirus backdrop has altered our perspective and the real context of situations. There is a serious contest to get investments into the states and the country,” Thackeray said.

The present situation is such that Maharashtra cannot afford to let go of any new project or a project that can bring in foreign investment. If we let this happen, we will lose our status of being a pioneer state in the industrial growth of our country. Today, the entire state of affairs has undergone a huge change after coronavirus and the subsequent lockdowns

So many of our youths are unemployed. Our system and governance is facing a tremendous financial strain. Now is the time to safeguard our state, we need to change our perspective and look at the industrial sector and projects in a new light, he added.
Meanwhile, Congress leader from Nagpur, Ashish Deshmukh, also wrote to the chief minister, reminding him of his earlier demand regarding shifting of the project to the Vidarbha region of the state.

He said he had written to Thackeray about itafter he became the chief minister in November 2019 and even before that.

“You are positive about shifting the project to Vidarbha. It will benefit five neighbouring states. Panipat, Bathinda, Delhi, Gujarat have inland refineries, which have been connected to coastal ports through pipeline. Similarly, the Vidarbha project can be connected to the Mumbai port. The pipeline can come up near the (Mumbai-Nagpur) Samruddhi Expressway,” he said.