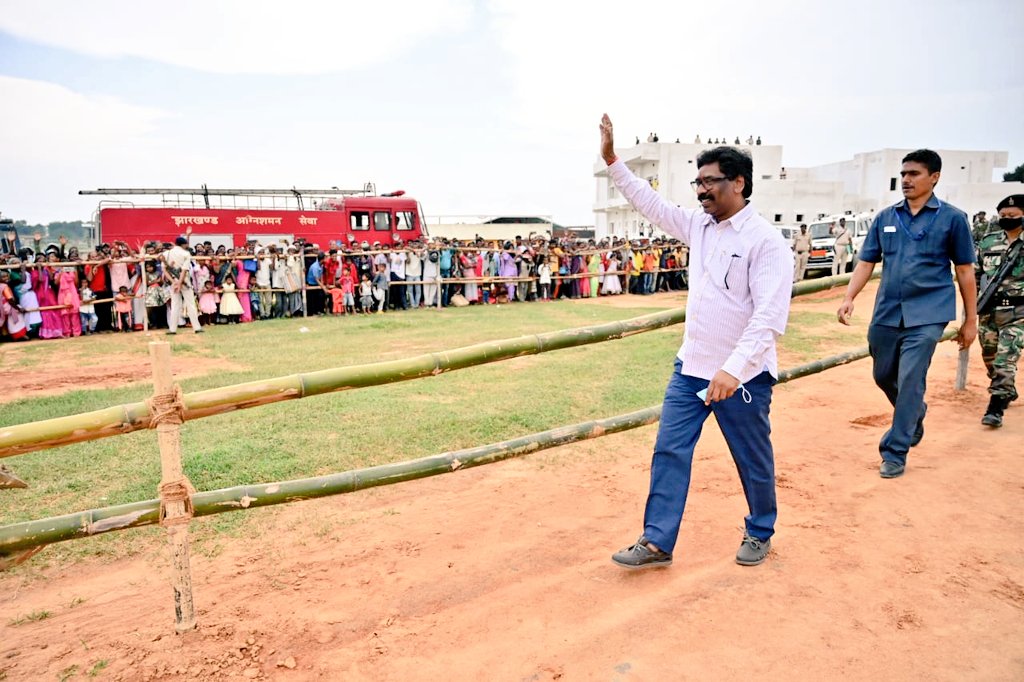 RANCHI:Jharkhand Chief Minister Hemant Soren on Monday lashed out at the BJP accusing it of trying to destabilise his democratically elected government, saying the party is like “fish out of water” when not in power.

His remarks came after three Congress MLAs from the state — Irfan Ansari, Rajesh Kachchap and Naman Bixal Kongari were arrested by the West Bengal Police and remanded to 10 days’ CID custody after a huge sum of money was seized from an SUV with the three legislators inside the vehicle.

“The condition of the BJP is like fish out of water wherever the party is not in power it indulges in dirty politics. The example of non BJP-ruled states is front of you.

“Attempts to topple our government are not new. The BJP has been making such attempts ever since it was voted out of power in Jharkhand. We hear about this every other day. The latest attempts by these MLAs are before everyone,” Soren told reporters.

He alleged that the BJP was trying to make a “new political definition” and that the saffron party’s “political ambition was too high”.

“Democracy in our country is under attack but we are not intimidated by their acts. We know to what level they can stoop down to. Masses will give a befitting reply to the BJP,” the chief minister said.

The Congress had on Sunday alleged that the BJP was trying to topple the Congress-JMM-RJD government in Jharkhand by offering Rs 10 crore each to the arrested MLAs, and lodged a police complaint against them.

Congress minister Alamgir Alam had alleged on the previous day that the party’s Bermo MLA Kumar Jaimangal had lodged a police complaint against the three legislators for allegedly luring other MLAs by offering them Rs 10 crore each and a ministerial berth to help the BJP form the government in the state.

Jaimangal had claimed that Kachchap and Kongari had asked him to come to come to Kolkata, offering the amount.

He said Ansari and Kachchap wanted to take him to Guwahati from Kolkata, where according them a meeting was fixed with Assam Chief Minister Himanta Biswa Sarma.

After filing the complaint with Argora Police Station in Ranchi, he said that he had sought action against the three MLAs, whom the Congress had already suspended.

JMM has 30 MLAs in the 81-member assembly, while the Congress has 17 legislators and RJD one. BJP has 26 MLAs in the House.

In this article:BJP, Hemant Soren, Jharkhand