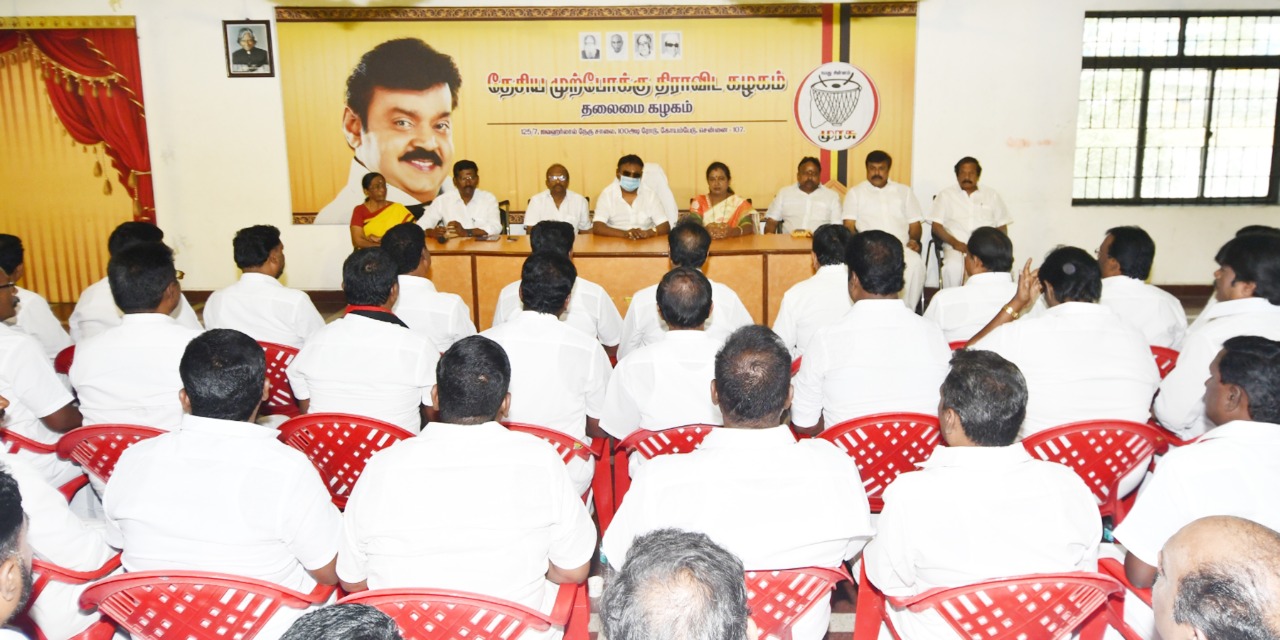 CHENNAI: The Desiya Murpokku Dravida Kazhagam (DMDK) led by actor politician Vijayakanth has walked out of the AIADMK-BJP alliance after failed seat sharing talks. This was announced by Vijayakanth in a press statement here on Tuesday.

While the DMDK was pitching for 23 seats to contest, the AIADMK was not willing to part with more than 15 seats. Three rounds of discussions were held between the DMDK leadership and AIADMK-BJP combine but could not end the impasse. and hence the DMDK has quit from the alliance.

The DMDK deputy general secretary and Vijayakanth’s brother-in-law L.K. Sudhish while speaking to IANS said, “AIADMK has stabbed us in the back. We have quit the alliance and will ensure the defeat of the AIADMK in the April 6 elections. Vijayakanth is our Chief Minister candidate.”

The DMDK had performed exceedingly well in the 2011 Assembly elections in alliance with the AIADMK. DMDK had won 29 seats and was working as the main opposition party in Tamil Nadu.

While DMDK had commenced discussions with the AIADMK for 41 seats, it had scaled down its demand to 23 and on Saturday the DMDK leaders had told the AIADMK leadership that they would not settle for anything less than 23 which is at par with the PMK.

Sudhish further said, “The DMDK is strong in 41 constituencies in North and South Tamil Nadu and our cadres can ensure the defeat of AIADMK. The AIADMK co-ordinator K.P. Muniswamy is the “Sleeper Cell” of the PMK in that party and he ensured that we are out of the alliance, let it be so.”

Vijayakanth’s wife Premalatha Vijayakanth, who is the party treasurer, and his son Vijay Prabhakar are also likely to contest the Assembly elections.