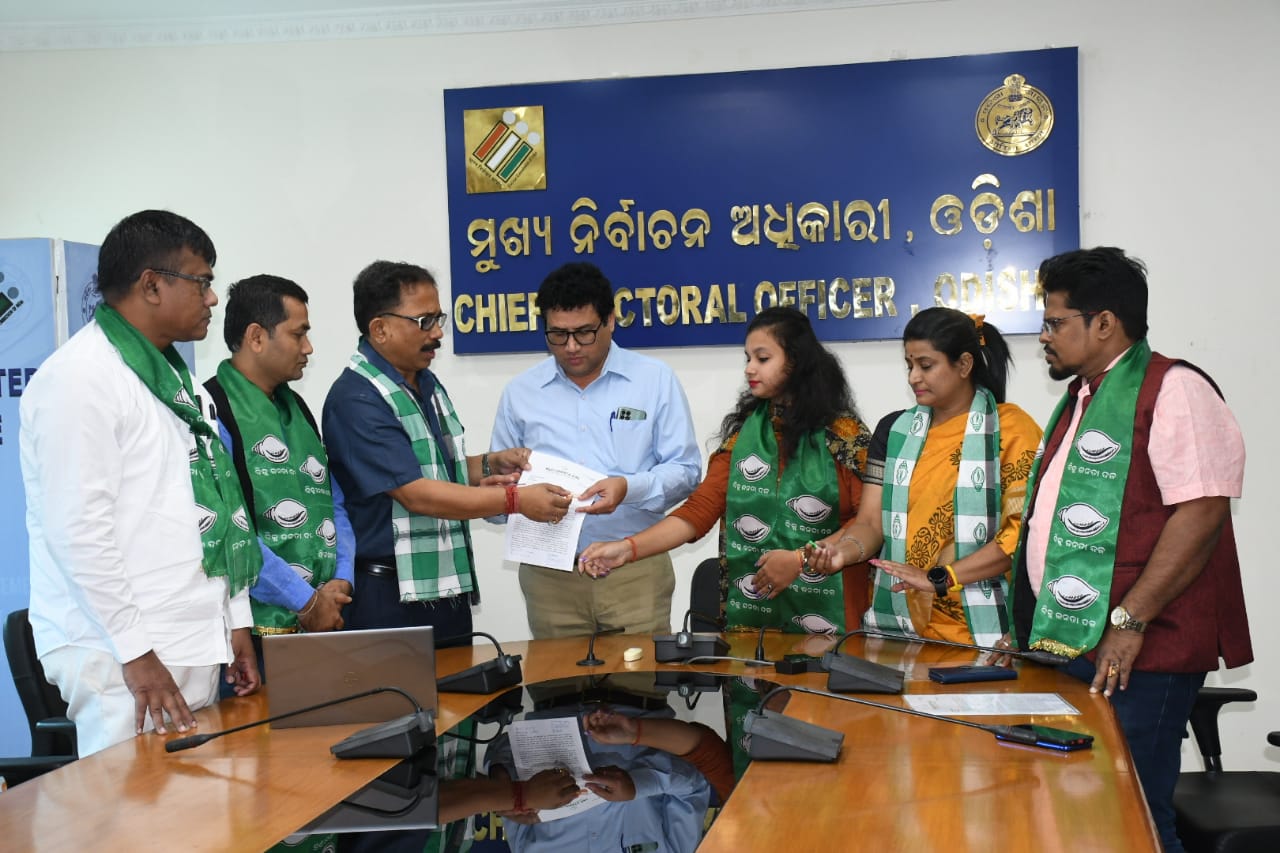 NEW DELHI: The BJD on Sunday lodged a complaint with the Election Commission alleging that Union Minister Bisheswar Tudu violated the model code of conduct while campaigning for the BJP candidate in the Dhamnagar assembly bypoll and demanded exemplary action against him.

The bypoll is scheduled to be held on November 3.

A delegation of the party has submitted a petition to @OdishaCeo on violation of the electoral model code of conduct by Union Minister for State for Jal Shakti, Bishweswar Tudu during poll campaign on October 29 in Dhamnagar. #PollCodeViolation #DhamnagarBypoll #Odisha pic.twitter.com/w8znpTiY7J

A Biju Janata Dal (BJD) delegation each submitted a memorandum to the Chief Electoral Officer (CEO) of Odisha and the Election Commission office in the national capital accusing Tudu, the Union Minister of State for Jal Shakti, of violating the model code of conduct (MCC).

The BJD delegations also submitted a video clip to the poll panel offices, alleging that Tudu had given assurance to the people of Dhamnagar that his ministry would undertake works to protect Dhamnagar from flood fury.

“Union Minister Tudu made certain assurances that the Centre would undertake developmental works related to Jal Shakti Ministry in the constituency while talking to mediapersons during campaigning for BJP’s candidate,” BJD floor leader in Rajya Sabha Sasmit Patra said, adding that such “promises are gross violation” of the model code of conduct.

Patra, along with his party leader Amar Patnaik, submitted a memorandum at the Election Commission office in the national capital against Tudu.

Patnaik said, “If the minister was so serious about the development of Dhamnagar then works related to his ministry should have been started by now, but he intentionally chose to make assurances about the developmental works while election is due. This is a clear case of violation of poll panel’s rules and the commission should take exemplary action against him.” The BJD said the MCC prohibits any form of promise and assurance about undertaking government works by a public representative while the poll code is in force.

Similar charges were made by the BJD delegation while submitting complaint to the chief electoral officer’s office in the state.

“The union minister has violated the MCC. He has promised that he would hold discussion with them and send a Central Water Commission team to Dhamnagar,” BJD leader and former MP Pradeep Majhi told reporters.

“If action is not taken against Tudu, it will set a very bad precedence for the voters of Dhamnagar and for democracy,” the BJD memorandum said.

The Dhamnagar assembly constituency has been witnessing high-voltage campaigning by leaders of the BJD, Congress, BJP and Independent candidates.

A number of Odisha ministers and MLAs were engaged in campaigning for BJD candidate Abanti Das.