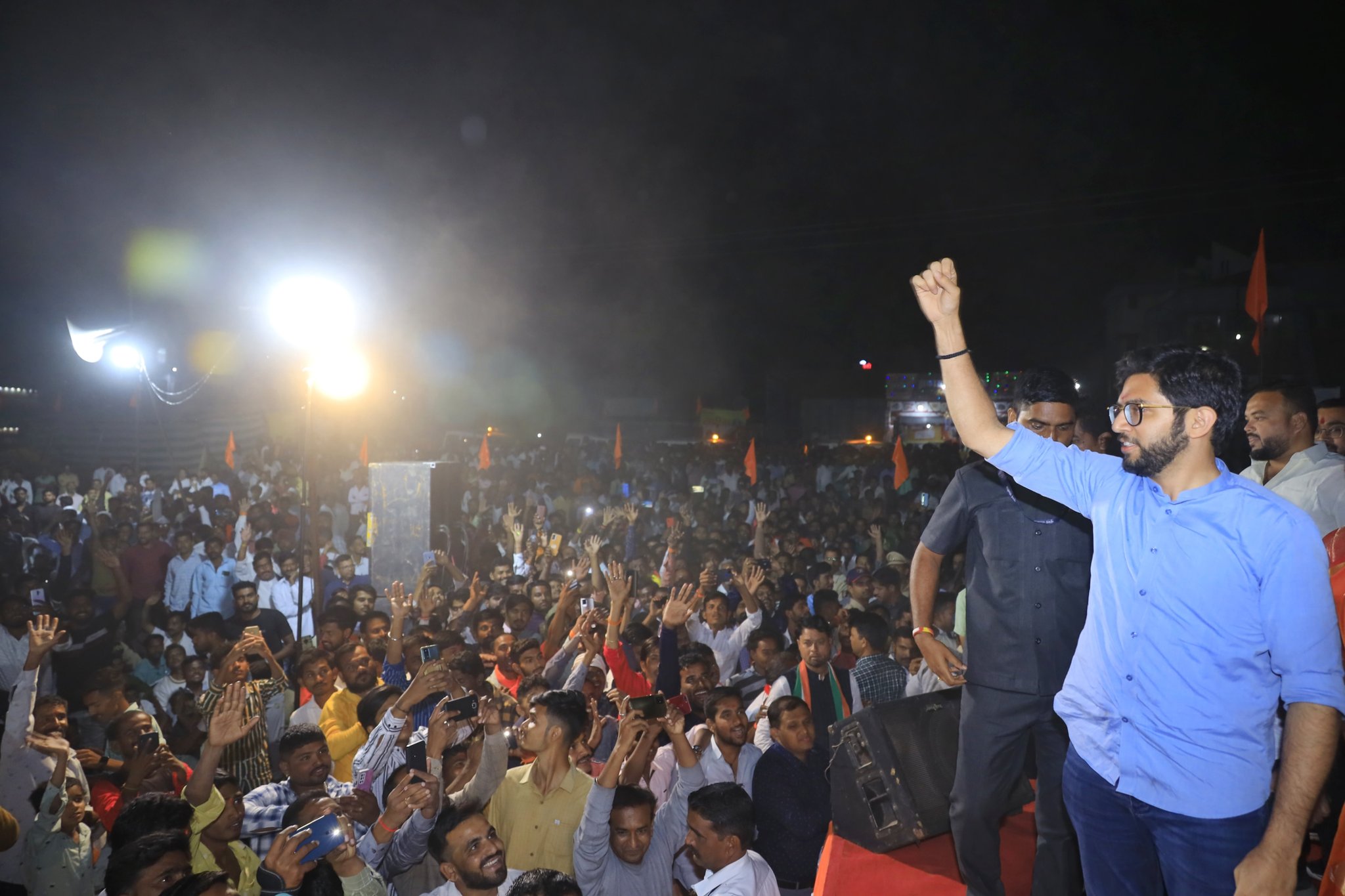 Talking to reporters, Sena MLC Sachin Ahir said Aaditya is touring Marathwada and the yatra would also be passing through the region.

Taking a dig, Bharatiya Janata Party’s Mumbai unit president Ashish Shelar said people like Aaditya Thackeray may be joining the Yatra but they cannot save their ministers and MLAs, an apparent reference to the rebellion led by Eknath Shinde and 39 MLAs in June this year.

The possibility of Aaditya Thackeray attending the ‘Bharat Jodo Yatra’ cannot be ruled out. The decision will be taken after discussions with the party chief (Uddhav Thackeray). Coincidentally, he is also touring the region (Marathwada) and attempts are being made to see if it (his visit) can coincide with the rally,” Ahir said.

A delegation of Congress had last month met Nationalist Congress Party (NCP) president Sharad Pawar and Shiv Sena leader Uddhav Thackeray to invite them to be part of the Yatra when it enters Maharashtra.

Pawar had earlier said he would join the yatra. However, senior Congress leader Ashok Chavan has said the participation of Pawar will depend on his health condition.

Pawar, 81, was recently hospitalised in Mumbai for fever and other health issues.

The ‘Bharat Jodo Yatra’, a mass outreach initiative of the Congress which began on September 7 from Kanyakumari, is scheduled to enter Maharashtra’s Nanded district from neighbouring Telangana.

Speaking to reporters here, Shelar said, Those who cannot save their MLAs or ministers are now joining the ‘Bharat Jodo Yatra’ of Rahul Gandhi. Can’t say how much it will benefit them.

Rutuja Latke of the Uddhav-led faction of Shiv Sena won the bypoll on Sunday on expected lines as BJP had withdrawn its candidate. Latke was supported by NCP and Congress- the two other members of Maha Vikas Aghadi besides Shiv Sena (UBT).