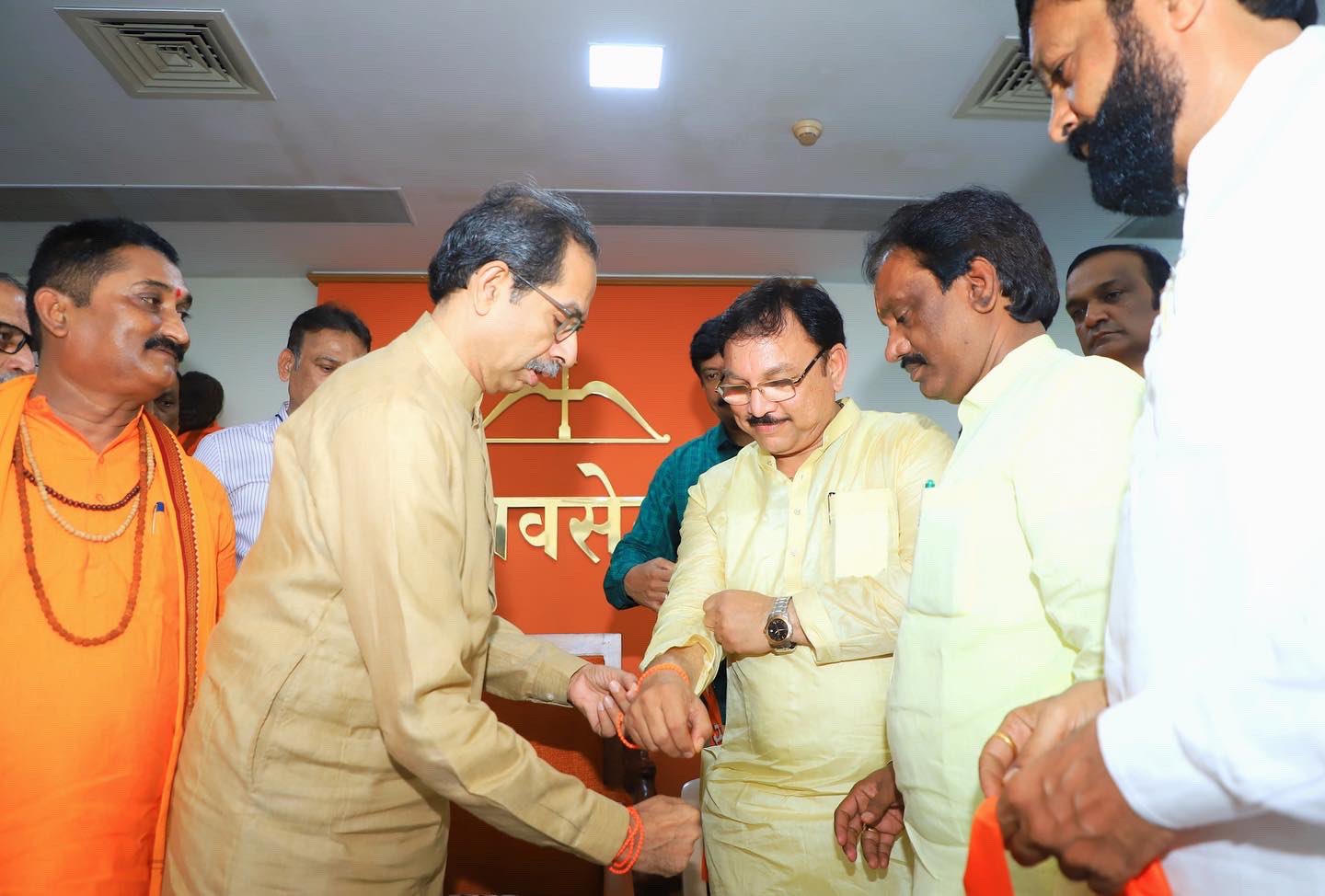 MUMBAI: Former Maharashtra chief minister Uddhav Thackeray, who is fighting a legal battle to claim the legacy of the Shiv Sena founded by his father late Bal Thackeray, on Thursday claimed that not just the future of party but democracy in the country was at stake.

Thackeray was addressing a function at the Shiv Sena Bhavan in Dadar area of Mumbai where he inducted former minister Sanjay Deshmukh from Yavatmal into his faction.

Addressing a gathering after the induction, Thackeray said despite claims that the Shiv Sena had split and was finished, people were still coming to him.

The Thackeray-led Maha Vikas Aghadi government collapsed in June this year after a rebellion led by MLA Eknath Shinde.

Shinde was later sworn in as the chief minister with the BJP’s support.

The Election Commission earlier this month barred the Shiv Sena factions led by Thackeray and Shinde from using the party name and its election symbol ‘bow and arrow’ in the November 3 Andheri East Assembly bypoll.

It allotted ‘ShivSena – Uddhav Balasaheb Thackeray’ as the party name for the Thackeray faction, and ‘Balasahebanchi Shiv Sena’ (Balasaheb’s Shiv Sena) as the name for the Shinde group. The EC also allotted new poll symbols to the rival groups.

Thackeray on Thursday said, “The common man and especially civilised people of the state are not agreeing with what has happened and are extending their support. They tell me don’t give up, fight, we are with you. We don’t agree with what’s happening.”

“People whom I thought would never be politically close are coming out in support. Similarly, people of different religions and regions are extending support. It is not just the future of Shiv Sena but the democracy of the country is at stake,” the former chief minister added.

He said people need to ask themselves whether democracy will stay alive or they would go back to slavery.

“My future and that of my party will be decided by the people and the party cadre,” he said.

Deshmukh, who joined the Thackeray faction on Thursday, was an MLA for two terms from Digras in Yavatmal.

He had earlier been with the Shiv Sena and also served as a minister in the Congress-led Democratic Front government between 2002 and 2004. He was also with the BJP for a brief while.