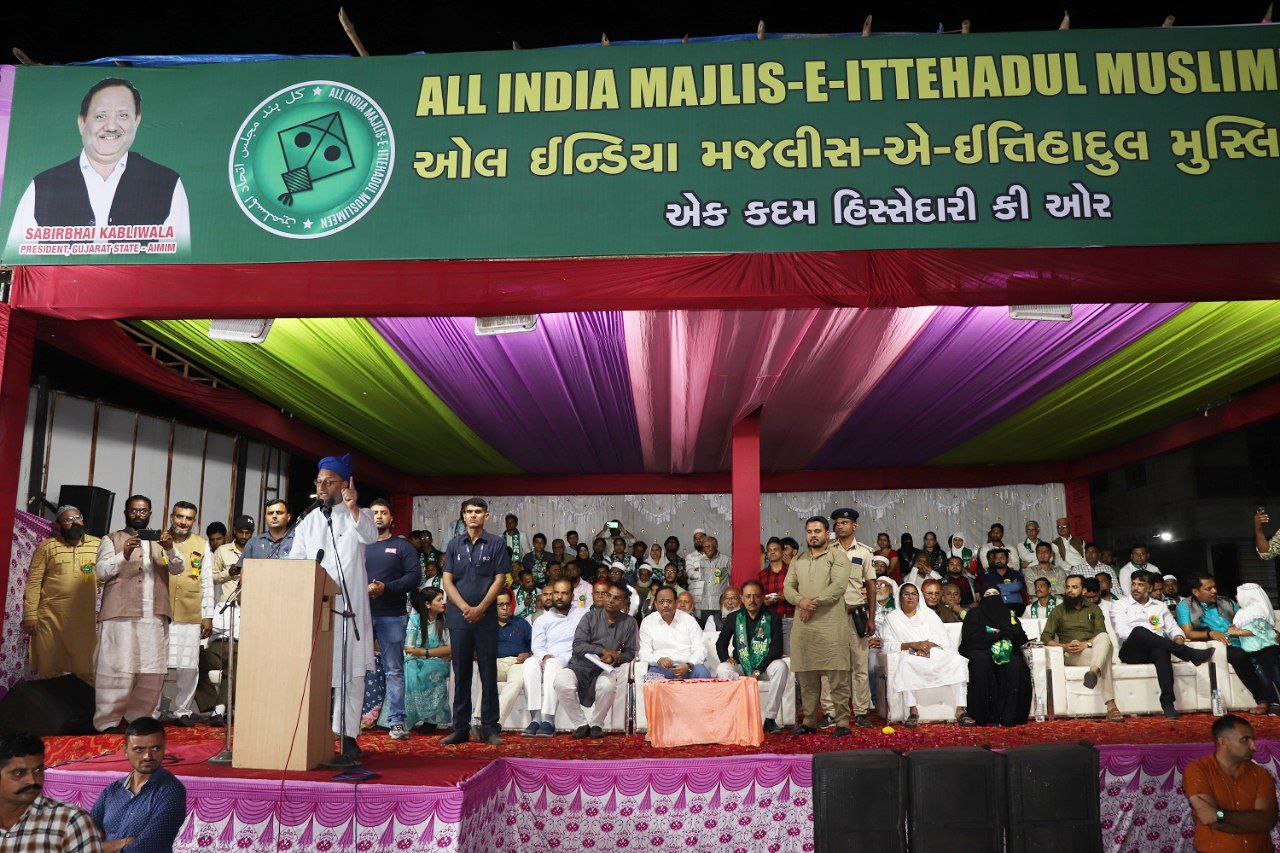 Elections in the BJP-ruled state, yet to be announced, are expected to be held by December. Sabir Kabliwala, president of the state unit of the All India Majlis-E-Ittehadul Muslimeen, would contest from Jamalpur-Khadia in Ahmedabad, Owaisi announced while addressing a gathering in Juhapura area here.

The party’s Dalit face Kaushika Parmar will contest from Danilimda (SC) seat of Ahmedabad, while Wasim Qureshi will contest from Surat-East. Jamalpur-Khadia and Danilimda seats are currently held by Congress while Surat-East is with the ruling BJP. In 2012, Kabliwala, a former Congressman, had contested from Jamalpur-Khadia, which has nearly 60 per cent Muslim population, as an Independent after he was denied ticket by the Congress. Due to a possible division of votes between Kabliwala and Congress’s Samirkhan Pathan, BJP’s Bhushan Bhatt won.

In 2017 he withdrew his candidature in support of Congress candidate Imran Khedawala who won the election. Owaisi in his speech termed RSS chief Mohan Bhagwat’s recent visit to a mosque and madrasa in Delhi as “new drama by BJP and RSS.”

“Can he meet (Gujarat riot victim) Bilkis Bano and tell her that he will ensure justice to her? People who raped her and killed many others were freed by the BJP government in Gujarat. Will Bhagwat go and meet her? No, he will not,” Owaisi said. While Bhagwat visited a madrasa in Delhi, the BJP government in Assam is demolishing madrasas and Uttar Pradesh government has started a survey of madrassa and Waqf properties to “snatch such properties”, he said.