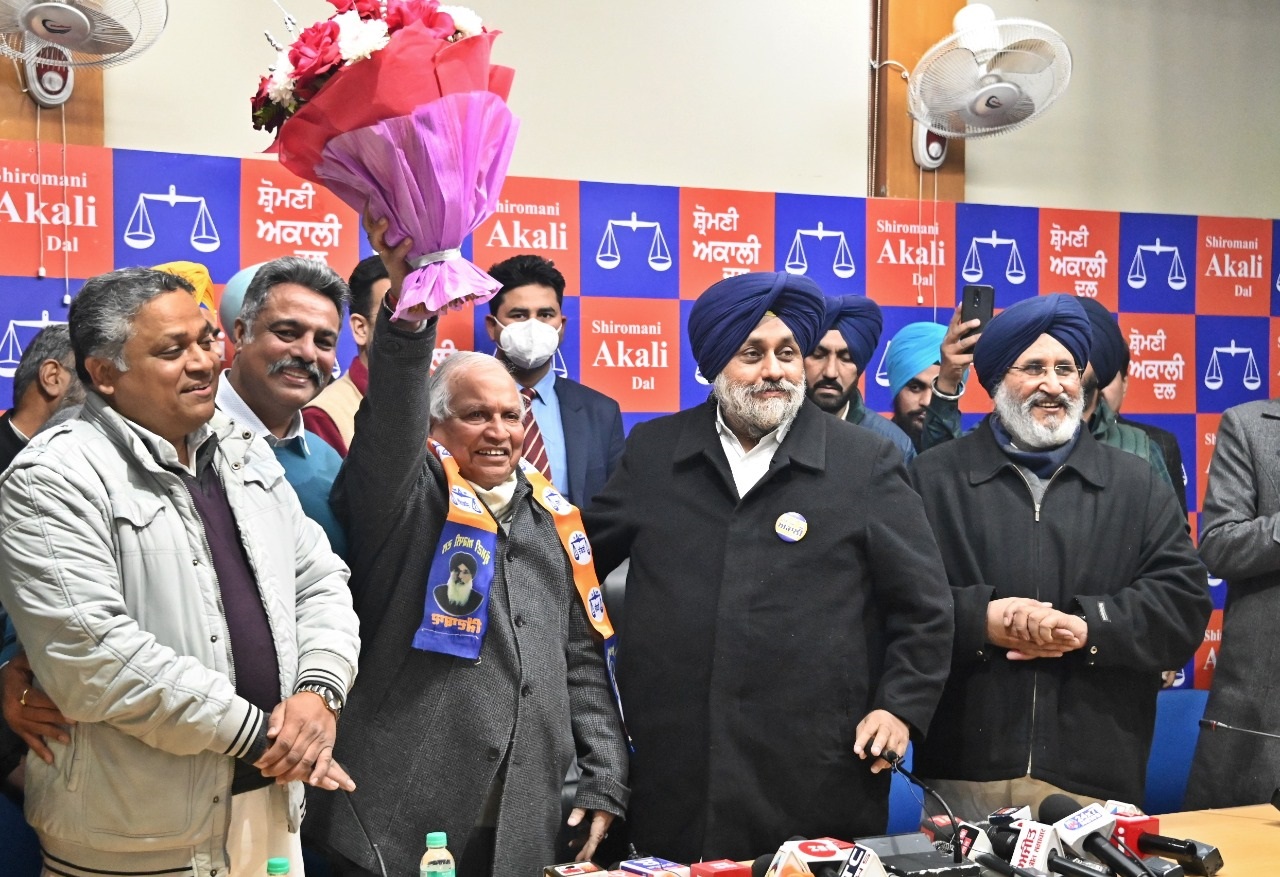 Mittal was upset after his son, Arvind Mittal, was denied a ticket by the BJP from Anandpur Sahib assembly seat. The BJP has fielded Parminder Sharma from the constituency.

Shiromani Akali Dal warmly welcomes veteran BJP leader Sh. Madan Mohan Mittal and his supporters to the party fold. We wish him all the best in his new role as senior vice president of the party and incharge of the Sri Anandpur Sahib Constituency. #ShiromaniAkaliDal pic.twitter.com/kkt0RKiTdO

Welcoming him into party fold, the Shiromani Akali Dal (SAD) chief said that with the joining of Mittal and his supporters, the SAD will get a boost.

Badal also appointed him as the party’s senior vice president.

Mittal had served as minister of parliamentary affairs, and health and family welfare in the Parkash Singh Badal-led government in Punjab.

When asked whether Mittal would contest the elections from Anandpur Sahib, Badal said this decision would be left to the Bahujan Samaj Party (BSP).

Mittal is seeking a ticket for his son from Anandpur Sahib constituency but according to the seat-sharing arrangement between the SAD and the BSP, the seat is with the Mayawati-led outfit.

The BSP has already declared its candidate Nitin Nanda from the Anandpur Sahib seat.

The BSP will be fighting on 20 of the 117 seats while the Sukhbir Badal-led outfit will contest from the remaining seats.

Mittal said he had always stood alongside SAD patriarch Parkash Singh Badal, whom he described as a symbol of unity, and added he would also stand with Sukhbir Badal who was carrying forward the same legacy.

He also lauded Sukhbir Badal for fast-tracking development during his stint in the previous government as deputy chief minister as well as for bringing investments to the state.

Mittal said he was resigning from the BJP “to fight the injustice being done to the constituency”.

He said while all projects were taken away from Anandpur Sahib during the Congress regime, the local BJP leadership had failed to safeguard the rights of its people.

“We have seen rampant illegal mining in Anandpur Sahib constituency which needs to be stopped. Truckers and truck unions have also been robbed of their livelihood. I have stepped forward to work for the welfare of Anandpur Sahib and end the discrimination being meted out to it, Mittal said.