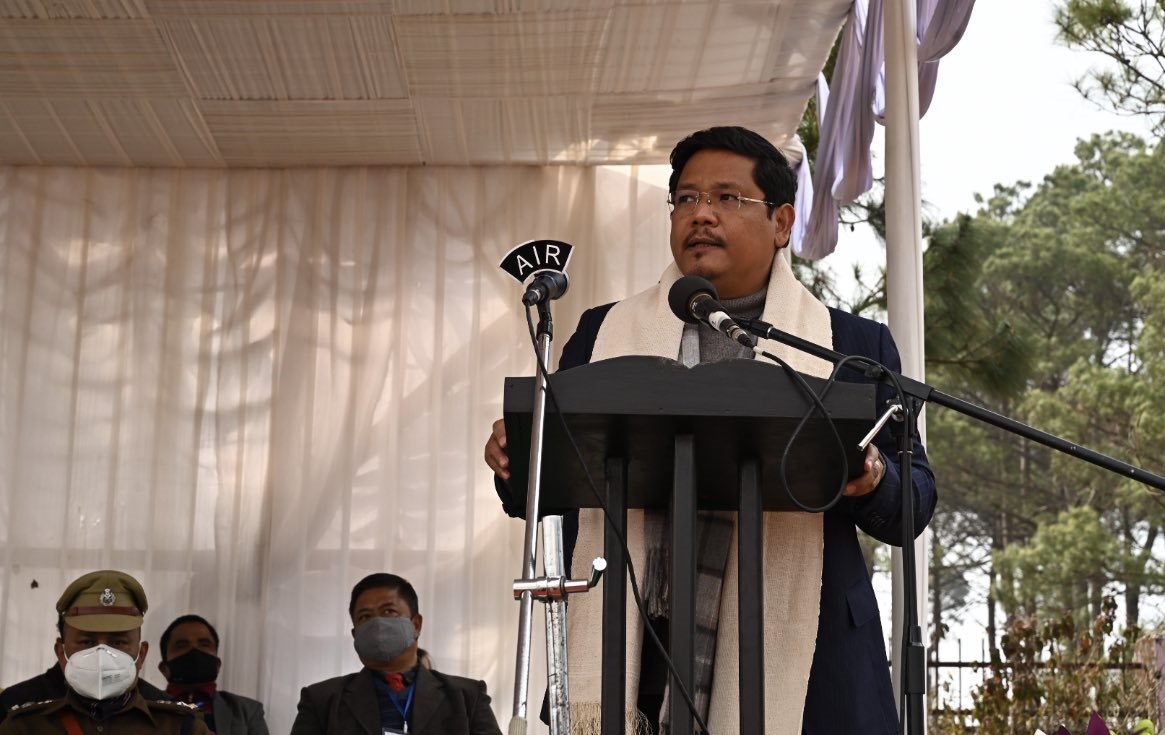 SHILLONG: Meghalaya Chief Minister Conrad K Sangma has said that the decision of all the five Congress MLAs to join the ruling Meghalaya Democratic Alliance will not affect its relationship between its major constituent National People’s Party (NPP) in the state and its coalition partners, including BJP.

Sangma, who is also the NPP national president, assured that the commitment given to the coalition partners will remain the same, post the development that took place on Tuesday and that there is “no question of any compromise”.

The Congress Legislature Party’s decision has astonished both BJP and Congress workers in the state.

The 5-member Congress Legislature Party had on Tuesday met the chief minister and handed over a letter of joining the MDA.

The state BJP said it will meet Sangma soon to seek a clarification from him on the development, while the state Congress, left with no MLAs in the House in a span of four months, has convened a meeting of its state executive body on Friday to discuss the issue.

Once a formidable opposition with 17 MLAs in the 60-member House, the Congress was left with only five MLAs after its 12 legislators, including former chief minister Mukul Sangma, defected to the TMC in November last year. The party’s representation in the House became nil on Tuesday after the CLP formally handed over the letter of support to Sangma.

“The support of the Congress Legislature Party (to MDA) is a separate issue which will not affect the relationship with our coalition partners, Sangma told journalists yesterday.

It is not that we are here to use this situation to our advantage and will begin to sideline the coalition partners. That will never happen and that is not the kind of principles we follow. We always remember the people who were with us during difficult times and will continue to appreciate their support to us and ensure we don’t break our commitments to them, he said.

When it was pointed out to him that Congress and BJP cannot see eye to eye, the chief minister said one has to realize that in politics there are no permanent friends nor enemies.

Political differences are there at the party level but when it comes to the state, I am happy if we can work unitedly … We are here to see that ultimately all political parties work together for the development of the state. We are always there to see the people’s interest. When our interest is aligned with that of the Congress based on the reasons and conditions given by its MLAs that they want to supprt MDA in the interest of the people, we are happy to work with them, Sangma said.

When asked BJP state president Ernest Mawrie told PTI, How can a lion and a deer drink from the same water source at the same time? Never heard, right? The BJP and the Congress are complete opposites in ideology and functioning and on this we will be meeting Chief Minister Conrad Sangma soon to seek clarification from him.

All the five MLAs who took the “shocking decision” of joining the MDA are expected to attend the meeting.

Congress general secretary Deborah C Marak came down heavily on the CLP for its “unilateral decision” to join the BJP-backed MDA government.

How can the MLAs decide on such a sensitive matter without consulting the MPCC or the party high command in Delhi? We have party guidelines to follow if such a case arises. We will discuss at an appropriate level, she said.

CLP leader Ampareen Lyngdoh defended the move and said, We took the decision to join the alliance with one thing in mind to serve the people in our respective constituencies better.

With about a year left for the state poll, speculations are rife that the CLP leader is likely to contest on NPP ticket in 2023. She has, however, refused to make any comment on the matter.

It is a fact that the MDC had joined the NPP camp at the Council. He is doing his job and toeing the demand of his electorates, Lyngdoh said and expressed regret that such a move was “forced to take place”.

The anti-defection law under the Tenth Schedule does not apply to the tribal autonomous councils set up under the Sixth Schedule of the Constitution in the state and hence the elected members are free to change from one party to another.