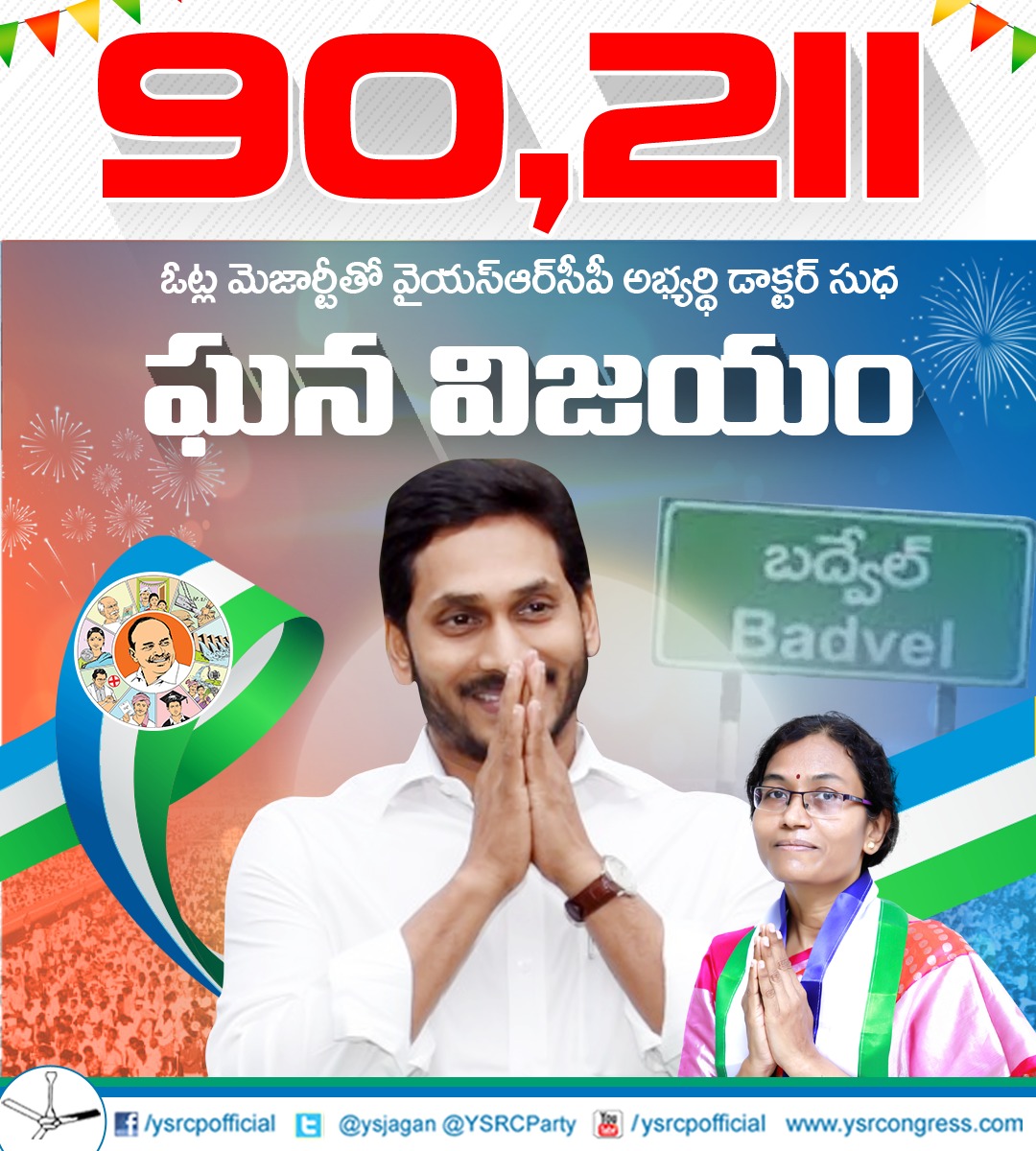 In a one-sided contest, Dasari Sudha of the YSRCP was elected with a big lead of 90,533 votes over her nearest rival Panathala Suresh of the Bharatiya Janata Party (BJP).

In the constituency reserved for Scheduled Castes, Sudha polled 1,12,211 votes while Suresh finished a distant second with 21,678 votes.

P.M. Kamalamma of the Congress secured only 6,235 votes. Barring Sudha, all the candidates forfeited their deposit.

The YSRCP candidate took the lead from the very first round and increased it as the counting progressed. After eight rounds, her victory was only a formality.

The counting was completed in 13 rounds. According to Election Commission officials, 1,47,163 out of the total 2,16,139 voters had cast their votes in the by-election held on October 30.

Sudha is the wife of G. Venkatasubbaiah whose death caused the by-election in the constituency in Kadapa district, the home district of Chief Minister Y. S. Jagan Mohan Reddy.

A total of 15 candidates were in the fray in Badvel, which is one of the segments of Kadapa Lok Sabha seat, the stronghold of the YSR family.

Main opposition Telugu Desam Party (TDP) stayed away from the contest in line with its tradition of supporting the family members of the deceased MLA.

In 2019, Venkatasubbaiah of the YSRCP had defeated his nearest rival Obulapuram Rajasekhar of the TDP with a margin of 44,734 votes.

Sudha thanked the voters for electing her with a massive majority and vowed to work for the development of the constituency.

She described the outcome of the bypoll as the people’s support to the YSRCP government for its welfare schemes and social justice.