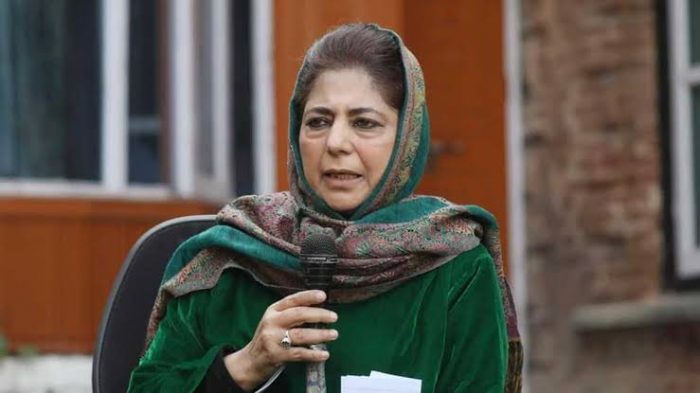 SRINAGAR: PDP president Mehbooba Mufti on Saturday accused the BJP of subverting the Election Commission to an extent that it was no more an independent body.

She alleged that the Election Commission has become “an extension” of the BJP. “It will do whatever the BJP tells it to do.”

“Election commission has been subverted to an extent that it is no more the independent body of which the country was proud. Our election commissioners were invited by other countries to seek expert advice on conducting elections,” Mufti told reporters in Khiram area of Anantnag district.

She said the Election Commission has failed to act against the BJP even though the ruling party has violated the laws.

“In Himachal Pradesh, the BJP leadership campaigned for polls on religious basis. Muslims are being threatened openly but election commission remains a silent spectator,” the PDP leader said.

The former chief minister said election in Jammu and Kashmir will be held only when the Bharatiya Janata Party (BJP) gives a go ahead for it.

“How can I say when elections will be held in Jammu and Kashmir? That will be decided by the Election Commission and the commission will announce elections when the BJP says so,” she said.

On the issue of governance, Mufti said the present government was bent upon reversing everything.

The Peoples Democratic Party (PDP) president claimed that the BJP was only exploiting the pain of Kashmiri Pandits to garner votes in elections.

“They are not bothered about anyone, be it Kashmiri Pandits or anyone else. They only want to win elections,” she added.

In this article:BJP, Election Commission of India, Mehbooba Mufti