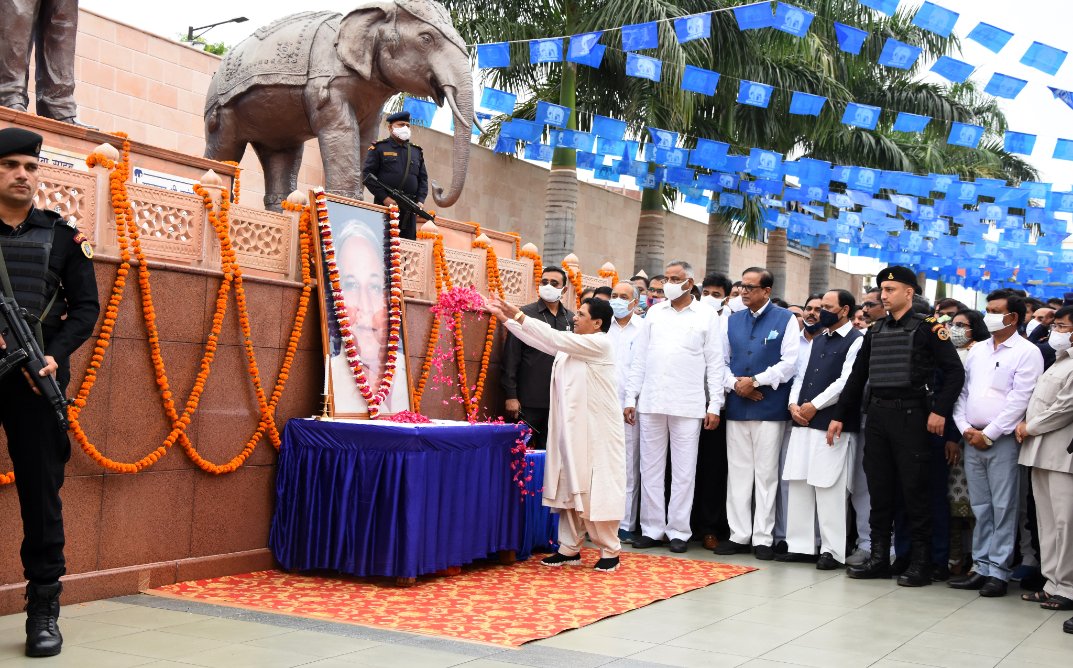 LUCKNOW: BSP chief Mayawati on Sunday said the ”Bahujan Samaj” is tired of demanding its constitutional and legal rights and now it has to campaign to become the ”ruling community”. In a series of tweets on the death anniversary of party founder Kanshiram, Mayawati called on her followers to seek power.

”Bahujan Samaj has got tired of demanding its constitutional and legal rights in the 75 years after Independence. Now they will have to join the campaign to become ‘Hukmran Samaj’ (ruling community) with full force. ”Next election in UP would be your test, in which success could prove to be a new ray of hope,” Mayawati said in a tweet in Hindi.

She went on to call ”power” a ”master key” which can open all doors of progress. ”That is why this campaign must continue at all costs. This is today’s message and this work has to be done with determination,” she said.

Mayawati paid her tributes to Kanshiram for making ”Bahujan Samaj a political power” and a ”ruling community” in UP.

”I pay respect and homage to founder of Bahujan Samaj Party Manyavar Shri Kanshi Ram ji, on his death anniversary. Heartfelt thanks to all his followers who are paying respect to him,” she added. Meanwhile, party workers put up hoardings near the party office here in which the BSP chief has been described as ”iron lady”.

BSP MLC Bhimrao Ambedkar said Behanji (Mayawati) had earned the title (of Iron Lady) after she firmly dealt with criminal elements, when she became the chief minister for the first time. ”This time, party workers have described her as ‘iron lady’ on a hoarding due to their affection and attachment,” he said.