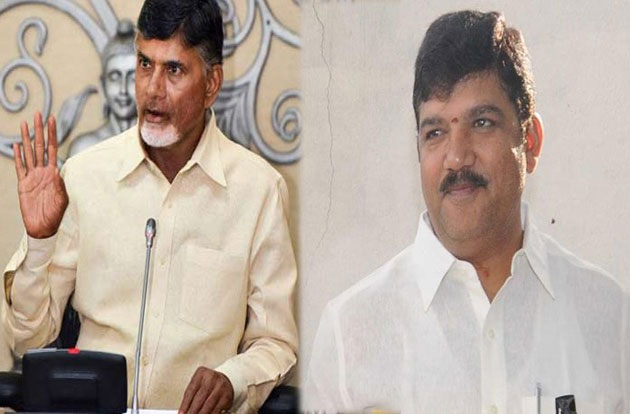 “There was zero development in the last two years but suppression of the opposition leaders and former ministers was going on unabated,” alleged Naidu.

He condemned Kumar’s arrest and said that the latter was picked up from his home at Chintalapudi village in Guntur district without any prior notice.

Naidu termed the arrest as ‘illegal’ and part of a larger conspiracy to destroy ‘Sangam Dairy’ for which Kumar rendered valuable services as its Chairman.

“It was clear now that Andhra Pradesh Chief Minister Y.S. Jagan Mohan Reddy-led state government was hell-bent on handing over ‘Sangam Dairy’ to the Amul company. The local dairies in Andhra Pradesh were being crippled deliberately in order to benefit the Gujarat-based company,” alleged Naidu.

The former CM alleged that there has been a systematic attack on all state companies and dairies ever since Jagan Mohan Reddy became the Chief Minister in 2019.

“The Yuvajana Sramika Rythu Congress Party (YSRCP) government had some secret deals with an outside dairy like Amul in order to damage the long established dairies in the state. Local farmers were shareholders in the ‘Sangam Dairy’ but the current state government was not hesitating to crush it,” he said.

Naidu alleged that the arrests of TDP leaders was a part of the YSRCP government’s tactics to divert the attention of people from the massive corruption.

“K. Atchannaidu and Kollu Ravindra were wrongfully arrested in the past. Devineni Umamaheswara Rao was also targeted in the name of false CID cases,” he alleged.

According to Naidu, the state government should set aside its political agenda and protect the Sangam Dairy and the thousands of farmers dependent on it.

TDP’s National General Secretary and the party’s second-in-command, Nara Lokesh, also slammed the YSRCP government for allegedly targeting and harassing TDP leaders, rather than focusing resources on saving the people from the second Covid-19 wave.

“The current Andhra Chief Minister was deriving diabolical pleasure at the expense of the opposition leaders and coronavirus victims. The Dhulipalla family was known for its unfailing services to the local people in Guntur district,” claimed Lokesh.

He alleged that Jagan Mohan Reddy’s family is notorious for hoarding illegal wealth and asserted that Dhulipalla Narendra Kumar is being targeted just because he dared to expose the utter inefficiency of the state government.

“The former Minister has uncovered the false drama of YSRCP leaders whose baseless insider trading charges were revealed through a sting operation. The YSRCP failed to realise that Dhulipalla holds the record of winning as an MLA consecutively for five times,” said Lokesh.

He spoke to Kumar’s wife Jyothirmayi, who narrated the whole incident to Lokesh.

She alleged that nearly 100 policemen swooped on their home and took away her husband and warned that she would not sit quietly if Kumar contracts coronavirus.