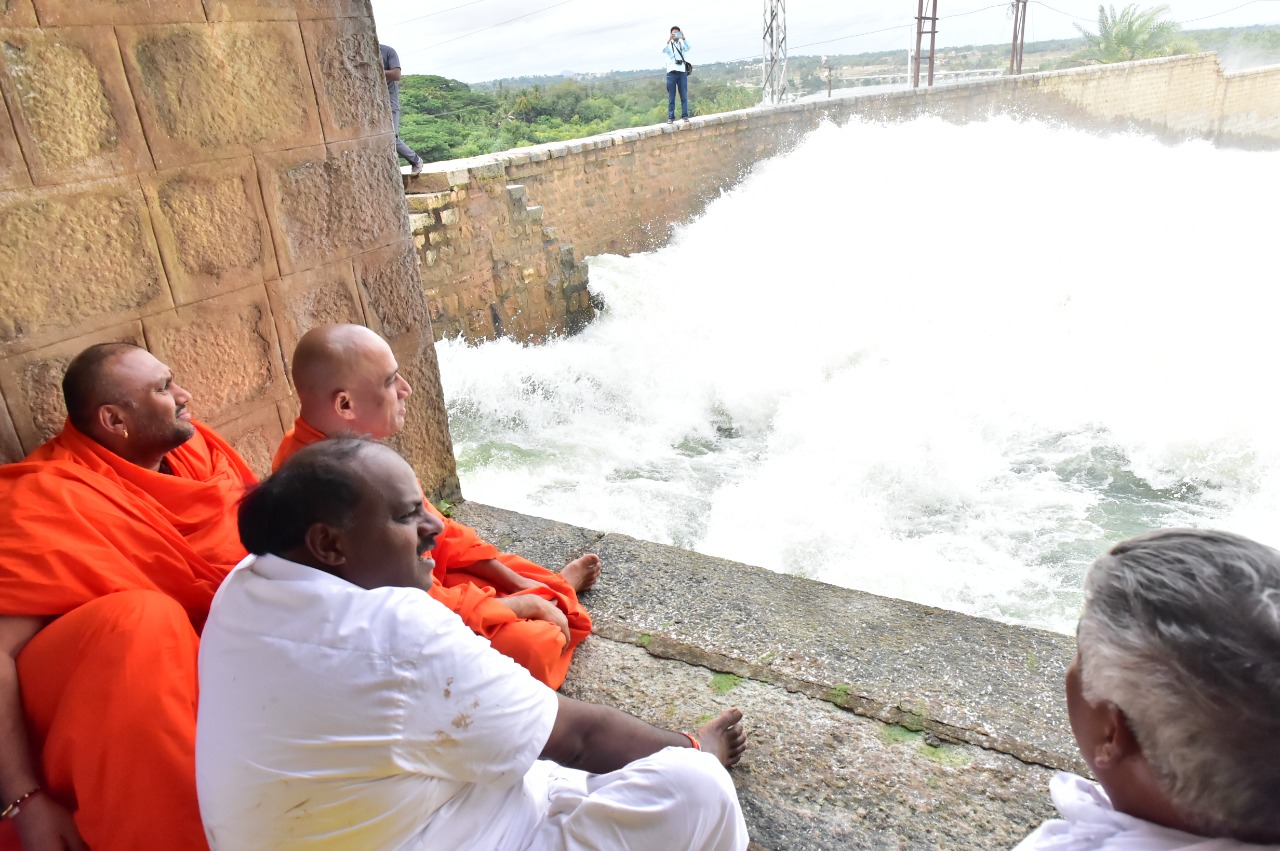 BENGALURU: JD(S) leader H D Kumaraswamy on Monday said that the 2023 assembly polls will usher in a new era in Karnataka with ‘Kannadigas own party’ coming to power in the state, and set a target of winning at least 123 seats.

The JD(S) has organised “Janata Parva 1.0”, a four-day workshop for party leaders near here, aimed at bringing it to power in 2023, that was inaugurated by party patriarch and former Prime Minister H D Deve Gowda.

“…we will work hard for the next 17 months and get involved in various party activities non-stop. We are confident about being successful in bringing a government that will be by Kannadigas for Karnataka in 2023, through the JD(S),” Kumaraswamy said.

Speaking to reporters on the sidelines of the event, he said, “Our party’s goal is 123 seats (in 224 member assembly) for 2023. It can be 123 plus, not minus. With this focus we have started our activities….from 2023 a new era will begin in Karnataka with a Kanndaiga’s own party coming to power.”

Noting that party organisation work had taken a back seat in the last two years due to the COVID-19 pandemic, Kumaraswamy pointed out that the 2023 elections are fast approaching and there are only 17 months left for it.
He said the first set of candidates identified from the workshop will be coached on how to be closer to people in their constituencies. They will be given all kinds of training to build leadership qualities in them in a disciplined manner.

“Despite all this training, if the identified candidate is not performing duties as per the party’s expectations, there are provisions to change them,” he said.

The idea behind the training was to update probable candidates on the use of new technology and social media for connecting with the people, aimed at equipping them for the new kind of election system, he said.

Pointing to the rise of DMK in Tamil Nadu, Mamata Banerjee’s TMC in West Bengal and BJP’s growth from the Jan Sangh established by Shyama Prasad Mukherjee 70 years ago, to it now coming to power under Narendra Modi, he said “ours (JDS or its earlier form Janata Parivar) is a party known for its people friendly programmes. We have set right certain lapses that are there within us.”

As a fist step in this process, the JD(S) wants to train cadres to ensure they are actively involved in all party activities in the next 18 months, with an intention to being it to power, he added.

Stating that there is talk within the party that people gather wherever Kumaraswamy goes to various places, but it does not convert into votes, the JD(S) legislature party leader said this “fault” needs to be rectified, during the coming 2023 polls.

Meanwhile, JD(S) supremo Deve Gowda, addressing the inaugural event said several attempts have been made to divide the party, but it has “God’s grace”.

He questioned the integrity and moral rights of his detractors in the Congress, especially bte noire Siddaramaiah, accusing them of speaking lightly about him and his party and calling JD(S) the ‘B-team’ of BJP.

“…your party (Congress) has an understanding with Shiv Sena… what type of secularism is that? You said Deve Gowda is the B-team of BJP. You want to finish my party, tell the truth Siddaramaiah.

Despite doing everything to project me as B-team, you (Congress) got only 78 seats in the 2018 assembly polls…how long will you say such things? I’m alive.. I will come to every district and tell the truth and relevance of JD(S), he said.

Gowda recalled that he began as an ordinary contractor in Hassan and how he organised people and urged the cadres to learn how to organise the party and start working.

“…Don’t run away from the responsibility given to you, and work with discipline,” he said.