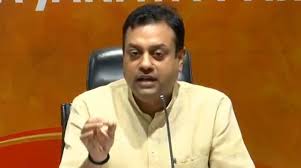 “Prashant has also left didi (Banerjee). Even before the election results are announced, her biggest adviser has joined someone else. This speaks a lot,” Bharatiya Janata Party (BJP) spokesperson Sambit Patra told reporters here.

Kishor is working as a key strategist for the ruling TMC in West Bengal, with the state set to witness an eight-phase Assembly election starting March 27. He has worked for a number of anti-BJP parties in different Assembly polls over the last few years.

Noting that senior BJP leaders such as Amit Shah and J P Nadda have often asserted that the saffron party will win over 200 seats in the 294-seat Bengal Assembly, Patra claimed that everyone is now accepting this and that the “so-called political adviser has also realised this”.

Singh on Monday said Kishor was appointed as his principal advisor. The development assumes significance as the Punjab Assembly polls are due early next year.