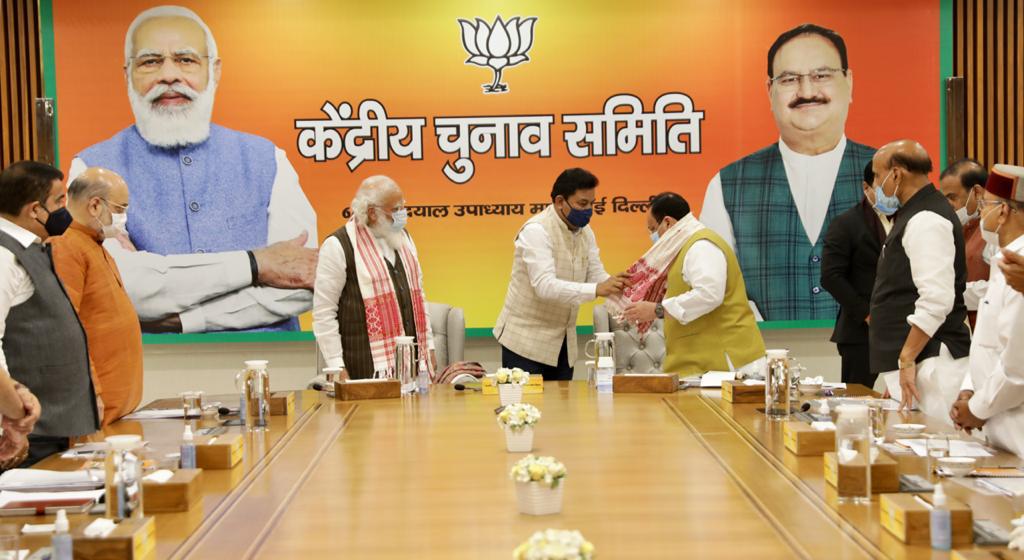 NEW DELHI: The BJP’s central election committee (CEC) met on Thursday to finalise party candidates for the initial phases of assembly polls in West Bengal and Assam, two of the four states going to the elections besides the union territory of Puducherry.

Party sources said the CEC may clear the names of the candidates for most of the seats in the two states where elections will be held in the first two phases on March 27 and April 1.

While the third and last phase of polling in Assam will be held on April 6, West Bengal is scheduled to undergo elections in eight phases ending on April 29.

One of the high-profile contests in the high-stakes Bengal polls is likely to be a direct fight between Chief Minister Mamata Banerjee and her former confidant and now BJP leader Suvendu Adhikari in Nandigram seat.

The BJP CEC may meet again on Friday, sources indicated.

Polling in Kerala, Tamil Nadu and Puducherry will take place in a single phase on April 6.

The BJP has high stakes in West Bengal and Assam. In Bengal, it has mounted an aggressive, all-out campaign, deploying a number of leaders drawn from various states and considered adept in poll campaigning, to end the 10-year-old reign of Chief Minister Mamata Banerjee.

In Assam, where the party came to power for the first time in 2016, the BJP has been pulling out all the stops to retain power, with the Congress joining hands with regional parties to capture its old bastion.

Before the CEC meeting, top BJP leaders like Shah and Nadda have held long deliberations with Assam party leaders, including Chief Minister Sarbananda Sonowal and minister Himanta Biswa Sharma, and those from Bengal, including state party chief Dilip Ghosh.