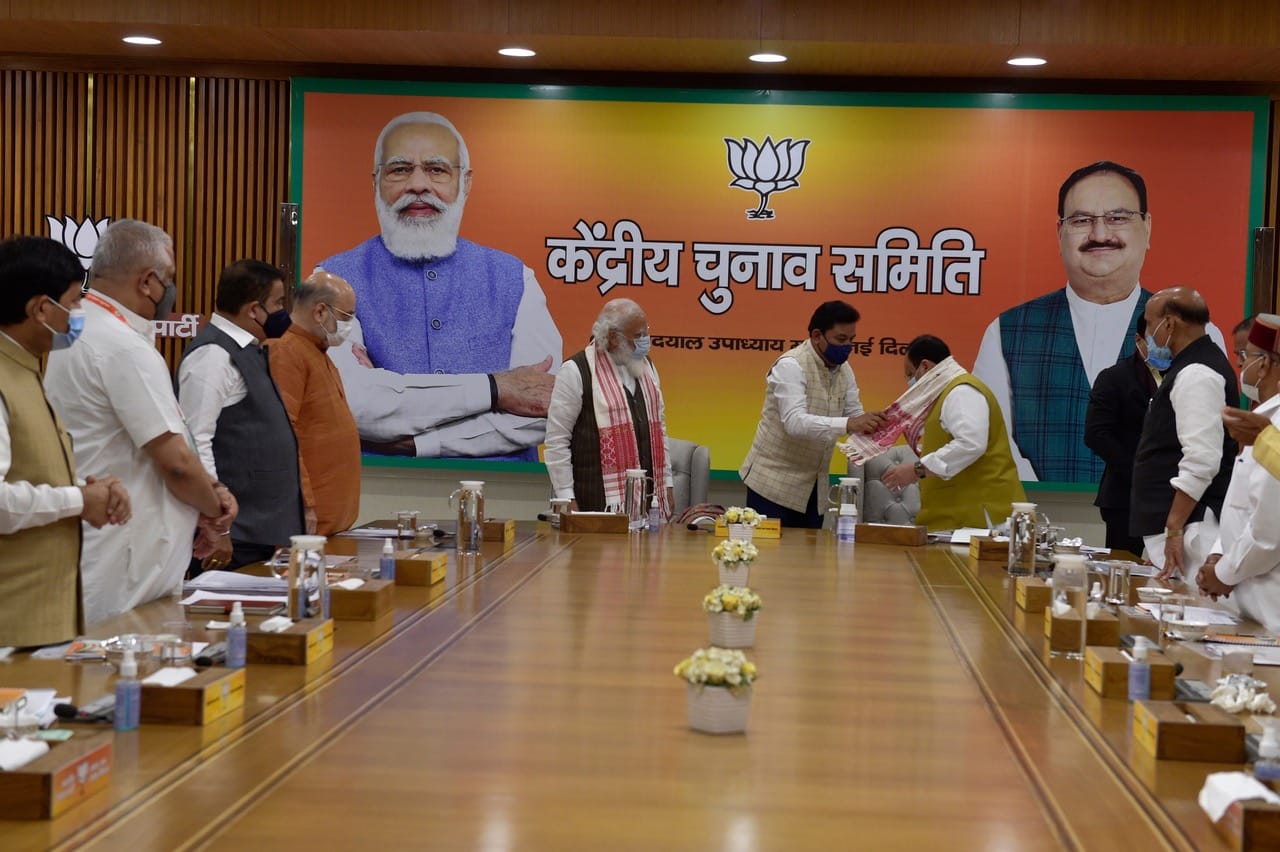 NEW DELHI: The BJP and its two alliance partners in Assam — the AGP and UPPL — have finalised their seat-sharing arrangements in 86 Assembly segments where polling will be held mostly in the first and second phase, BJP state unit chief Ranjit Dass said on Thursday night.

Assam has 126 assembly constituencies where elections will be held in three phases, on March 27, April 1 and April 6.

“The BJP and its allies have finalised the seat-sharing arrangements. I am not disclosing now the number of seats each party will contest as our alliance partners have to sort out some of their internal issues,” Dass told reporters here after meetings with the Asom Gana Parishad (AGP), United People’s Party Liberal as well as the BJP top brass.

The BJP state unit chief said his party will announce its own candidates for the first two phases soon. However, the party has not finalised candidates in 12 seats for the time being and has kept them pending, he said.

Asked whether Chief Minister Sarbananda Sonowal will again be projected as the chief ministerial candidate for the coming assembly polls, the BJP state unit president said the party does not make such an announcement where it has its own government.

Before the 2016 assembly elections, when Congress was in power, Sonowal was projected as the chief ministerial candidate by the BJP.

The Bodoland People’s Front (BPF), which was part of the BJP-led alliance, had won 12 seats in 2016. It is no longer an alliance partner of the BJP and recently joined the opposition Congress-led ‘Mahajoot’.