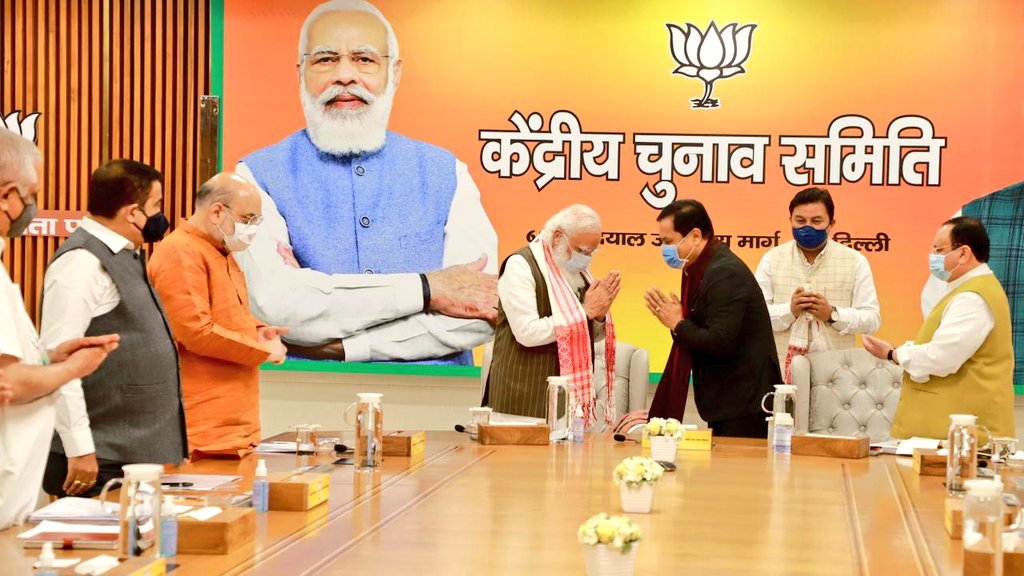 NEW DELHI: The BJP on Friday released its first list of 70 candidates for the Assam assembly polls and announced that allies Asom Gana Parishad and United People’s Party Liberal will contest on 26 and eight seats respectively.

The three-phased elections for the 126-member Assam assembly will be held on March 27, April 1 and April 6.

The two seats are currently represented by the two top state BJP leaders in the assembly.

Assam BJP chief Ranjit Dass will contest the polls from Patacharkuchi instead of Sarbhog from where he won in the last elections.

The BJP took away from the Asom Gana Parishad (AGP) the Barhampur seat, where two-time chief minister Prafulla Kumar Mahanta has been an MLA since 1991, and fielded Jitu Goswami.

Speculation is rife that Mahanta, who has been undergoing treatment in Delhi, may fight the polls under the banner of another regional party.

The BJP also got from the AGP the Lakhimpur seat, where a confidante of Mahanta and former minister Utpal Dutta is MLA, and the Kamalpur seat, which was held by AGP MLA Satyabrat Kalita.

The BJP has also fielded two former Congress ministers who had joined the party in the past — Ajanta Neog in Golaghat and Gautom Roy in Katigorah.

The BJP central election committee had met here on Thursday to finalise these names.

The saffron party is pulling out all the stops to retain power in the state where it had formed government for the first time in 2016.

The BPF is no longer an alliance partner of the BJP and the regional party had recently joined the opposition Congress-led ‘Mahajoot’.