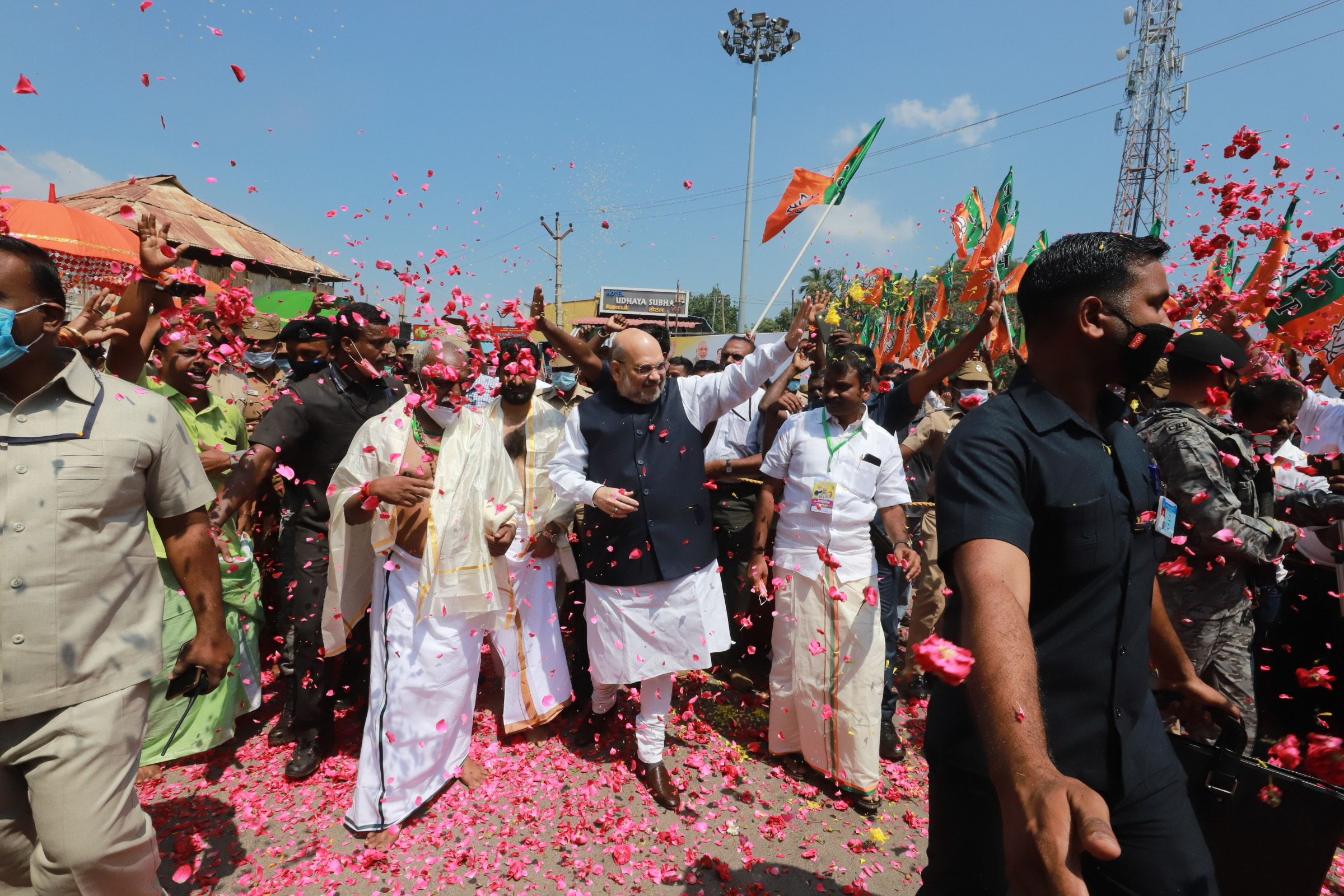 NEW DELHI: Union Home Minister Amit Shah on Sunday launched his party’s campaign for the April 6 Lok Sabha bypoll here and exuded confidence that the party would not only win here, but the NDA in Tamil Nadu would emerge victorious in the Assembly elections also next month.

Launching his “Vetri Kodi Eandhi” (Carrying the flag of victory) campaign from Suseendiram in this district, he said he was confident that a coalition government of the NDA will come to power in the state after the April 6 assembly polls.

The party has fielded former Union Minister Pon Radhakrishnan for the Lok Sabha bypoll, necessitated due to the death of Congress MP H Vasantha Kumar last year due to COVID-19.

“We have started the campaign to take the BJP’s Lotus symbol door-to-door,” he said and appealed to the public and the voters to elect Radhakrishnan as the party “needs him.”

“I am sure about the outcome (of the polls), looking at the excitement of the people” both in Kanyakumari Lok Sabha seat as well in the Assembly polls, he said, implying that the NDA would emerge victorious in the hustings.
“I am confident that a coalition government of AIADMK-BJP-PMK will be formed (after the Assembly polls),” he added.

The BJP senior distributed pamphlets, interacted with people and also took pictures with some of them.

The ruling AIADMK and the BJP in Tamil Nadu had on Friday clinched a seat-sharing deal, with the former, the lead partner, allocating 20 Assembly seats for its saffron ally and the Kanyakumari Lok Sabha seat.

BJP has nominated Radhakrishnan from here. Though he won from the same segment in 2014, he lost to Kumar five years later.