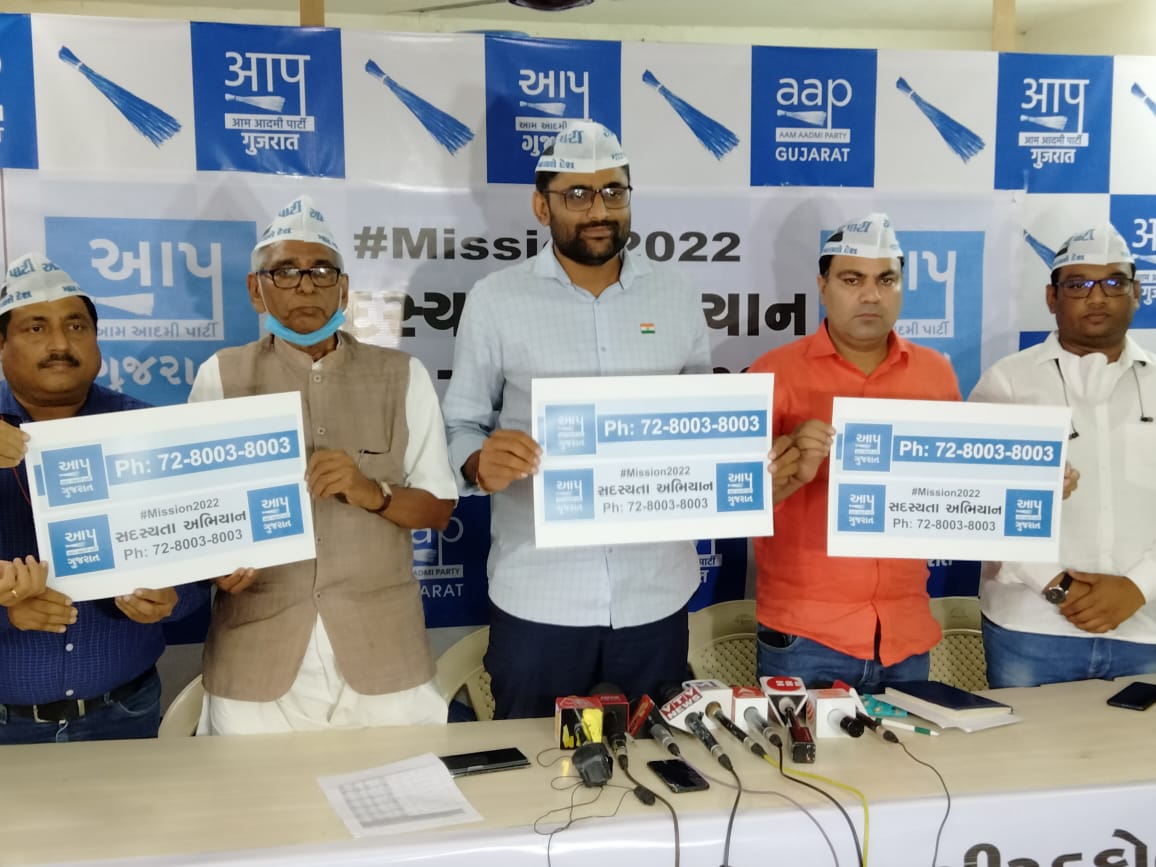 AHMEDABAD: Upbeat after performing well in the recent local bodies polls in Gujarat, the Aam Aadmi Party on Monday launched a drive to increase its membership to 50 lakh in 50 days as part of preparations for the 2022 Assembly polls.

Under its ‘Mission 2022’ plan, the party will open 55,000 booth-level committees over the next six months and take efforts to strengthen its district set up, state unit chief Gopal Italiya said at a press conference here.

“We are launching a mobile number, 72800-38003, for people to give a missed call and become AAP members. We will contest the 2022 election with full strength and will not let the BJP win this time,” he added.

Gulab Singh, AAP MLA from Delhi and the party’s Gujarat in charge said its south zone in charge in the state, Manoj Sorathiya, had been made general secretary as reward for the wonderful performance in the Surat municipal corporation polls.

“The 2022 Assembly election will be a direct contest between the BJP and AAP,” Sorathiya said.