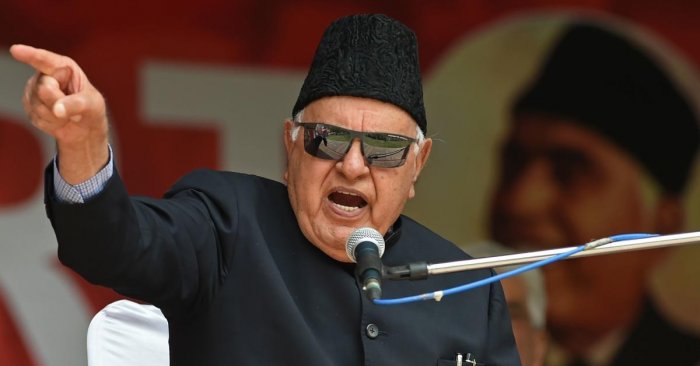 JMMAU: National Conference president Farooq Abdullah on Sunday said the people of Jammu and Kashmir are praying that the recent agreement between India and Pakistan on ceasefire holds as it will bring them some relief.

Peace is in the larger interest of the region, he said.

“Hostilities on borders bring only agonies and miseries to the dwellers, halt agriculture and economic activities, and impact the way of life of every segment of society,” Abdullah said while addressing NC workers in Udhampur.

On February 25, India and Pakistan announced that they have agreed to strictly observe all agreements on ceasefire along the Line of Control (LoC) in Jammu and Kashmir and other sectors “in the interest of achieving mutually beneficial and sustainable peace along the borders”.

Abdullah, Member of Parliament from Srinagar, said the people of Jammu and Kashmir are praying for the success of this measure as it will bring them some relief.

Both the countries are spending a substantial portion of their budgets on defence procurement, thus compromising on the welfare of their poor populations, he said.

Peace is in the larger interest of the region, especially as the people of the two countries have been yearning for good relations, he added.

Invoking the words of former prime minister Atal Bihari Vajpayee that “you can change your friends but not your neighbours”, Abdullah said either the two countries can grow their friendship and prosper, or continue the enmity but then there will be no prosperity.

According to a joint statement issued by India and Pakistan on February 25, the two sides reiterated that the existing mechanisms of hotline contact and border flag meetings will be utilised to resolve any unforeseen situation or misunderstanding.

On the revocation of Article 370 of the Constitution, Abdullah said it is not just a Kashmir-centric issue and much more important for the regions of Jammu and Ladakh.

The former Jammu and Kashmir chief minister exhorted the NC cadre to reach out to people and work for their betterment.

The strength of the National Conference comes from the people, who are the real fountainhead of power, which is not to rule but to serve the masses, irrespective of caste, creed, colour and religion, he said.

Abdullah said people’s massive support for the NC despite numerous challenges reflects their deep faith in the party which has always cherished the pluralistic ethos that has been the force that binds regions and religions.

“We have to maintain, sustain and promote this spirit for making Jammu and Kashmir a better place to live in,” he said.