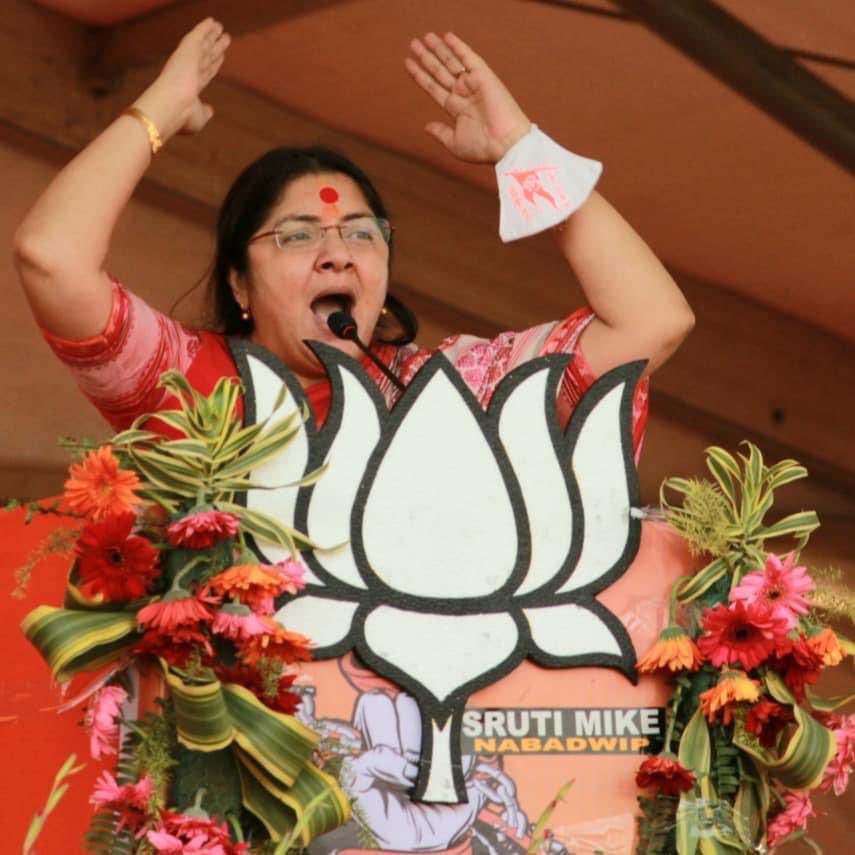 KOLKATA: Taking potshots at Bengal Chief Minister Mamata Banerjee over her party’s ‘Bengal wants its daughter’ campaign, BJP MP Locket Chatterjee on Monday said the ruling camp, which had been manipulating crime statistics, has “suddenly woken up to the theme of daughterhood”.

If records were to be seen, incidents of rape, molestation and acid attack “have not declined, not even a wee bit, over the last 10 years”, she told reporters here.

Alleging that the state government did not provide requisite data to NCRB on the crimes committed against women in the state, Chatterjee said that “this is the reason why the agency couldn’t publish a comprehensive report on Bengal.

“From cases of trafficking in north Bengal to multiple murders in the state, just about a few incidents were reported,” the senior BJP leader claimed.

Asked about the oft-repeated TMC criticism of the “plight of women in BJP-ruled states such as Uttar Pradesh”, the Lok Sabha MP said, “The honourable CM must first explain why those behind the gangrape-murder of a Kamduni girl have not been punished yet.”

A 20-year-old college student was in 2013 abducted, gang-raped and murdered in Kamduni village, North 24 Parganas district, around 20 km from Kolkata

Talking about Banerjee’s protests over the steep hike in fuel prices, Chatterjee said, “If she is so concerned, she should waive the cess of Rs 37 charged by her government on every litre of petrol. Why was just one rupee slashed as a token measure? The Centre is aware of people’s sufferings and is doing its bit to serve them.

Slamming the TMC for its jibe at the Narendra Modi government over inclusion of his photograph in COVID-19 inoculation certificates ahead of assembly polls in five states, she said, “It’s sad that Didi (Mamata Banerjee) did not refrain from politicising the vaccination drive. She always gives precedence to politics over people’s interests.