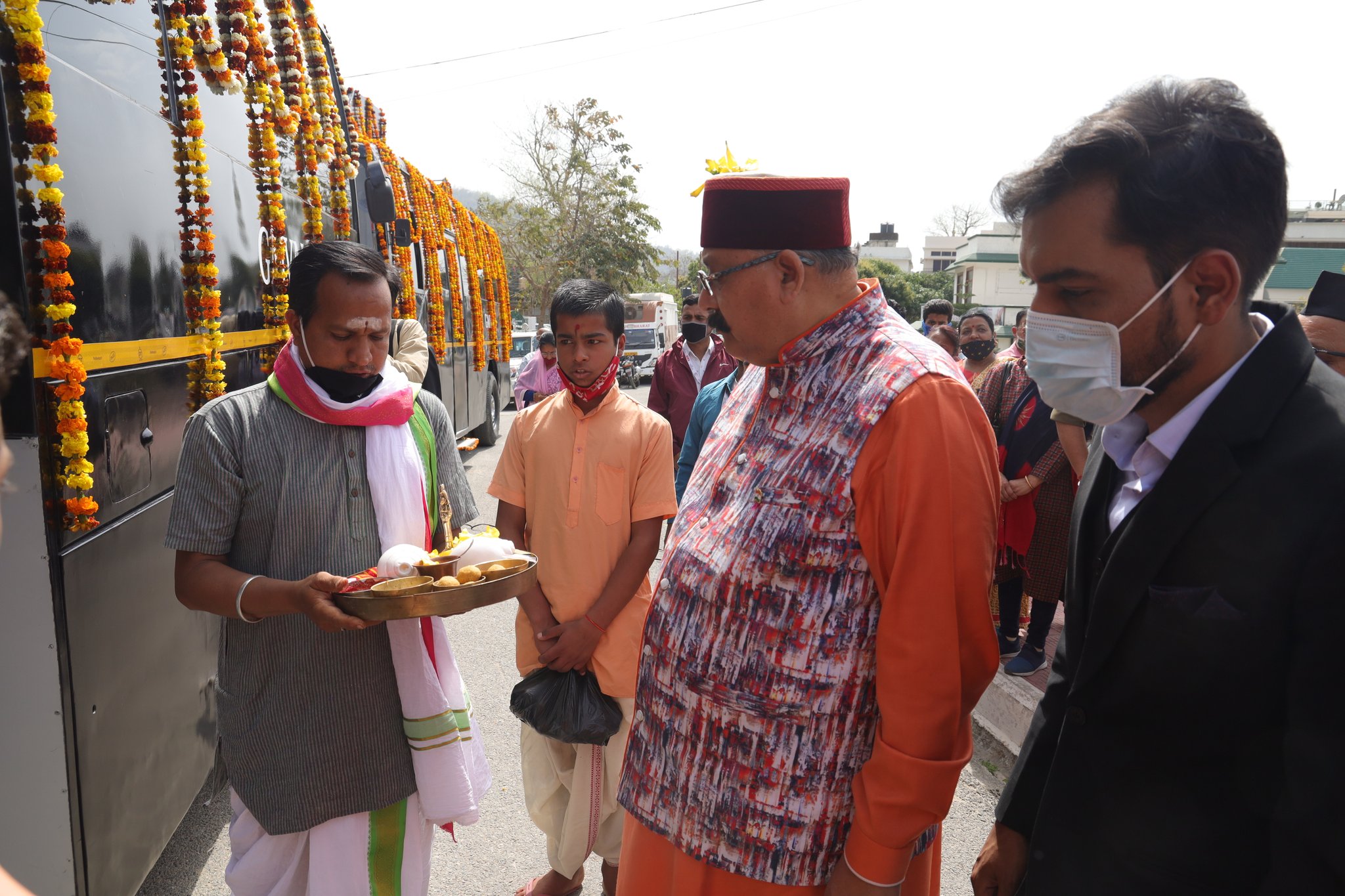 NEW DELHI: Names of at least half a dozen leaders, including Dhan Singh Rawat, Bhagat Singh Koshyari, Ramesh Pokhriyal Nishank and Satpal Maharaj, are doing the rounds to replace Trivendra Singh Rawat, who resigned as the chief minister of Uttarakhand on Tuesday.

Though Trivendra Singh Rawat’s substitute will be decided at a state legislature party meeting at the BJP headquarters here on Wednesday under the watch of party national vice-president and former Chhattisgarh chief minister Raman Singh, political circles are abuzz with speculations.

Sources said state minister Dhan Singh Rawat has emerged as a frontrunner to be the next chief minister. A man known for his polite ways, 48-year-old Dhan Singh, a resident of Paithani village in Pauri district, is said to be close to the outgoing chief minister. Singh became an MLA for the first time in 2017.

Tourism Minister Satpal Maharaj is also being looked at as a prominent contender. A former Congress heavyweight, Maharaj joined the BJP in 2014 after losing the race for chief ministership to Harish Rawat.

Maharaj is an MLA from Chaubattakhal in Pauri district. He is also a spiritual guru having admirers across the country. The 69-year-old had been a Congress MP from Pauri in the past.

Union Education Minister Ramesh Pokhriyal Nishank is another contender for the post. A former chief minister, Nishank is an MP from Haridwar. He was also a hill development minister in undivided Uttar Pradesh.

The name of Maharashtra Governor Bhagat SinghKoshyari is also doing the rounds. Koshyari had held the Uttarkhand chief minister’s post briefly after Nityanand Swami. He has also represented the state both in the Rajya Sabha and the Lok Sabha.

Baluni (50) is currently a Rajya Sabha member and his proximity with the central party leadership may help him get to the top office in the state.

Bhatt represents the Nainital constituency in the Lok Sabha. He had defeated former chief minister Harish Rawat in Nainital in the 2019 general elections.