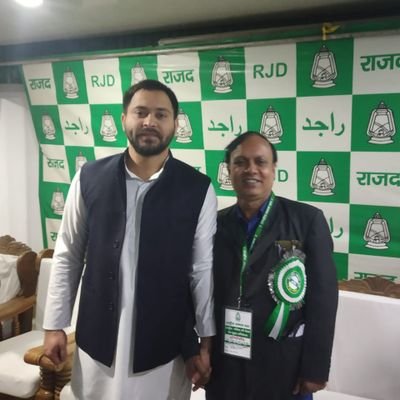 GUWAHATI: The Rashtriya Janata Dal (RJD) on Tuesday said that it has joined the opposition Congress-led ‘Grand Alliance’ in Assam and will contest one seat during the first phase of the assembly election.

With this, the number of constituents in the Grand Alliance has gone up to eight.

RJD Assam president Shonarul Shah Mustafa told PTI that the party has formally joined the opposition grouping and it will contest the Tinsukia constituency which will go to polls during the first phase on March 27.

“Now talks are on between central leaders of the RJD and the Congress to finalise the seat-sharing agreement for the second and third phase of polling,” he said.

Mustafa said that the party has fielded Hira Devi Choudhury for Tinsukia, which has a large number of Hindi- speaking people.

Earlier, the Grand Alliance consisted of the Congress, AIUDF, Bodoland People’s Front (BPF), CPI, CPI(M), CPI(ML) and the Anchalik Gana Morcha (AGM). It was formed to fight the upcoming election for the 126-member assembly against the BJP-led NDA.

Out of the 47 seats where voting will be held in the first phase, the Congress will contest 43 constituencies. The AIUDF, CPI(ML), AGM and the RJD will fight in the four other seats, Sharma said.

Polling will be held in 47 on March 27 in the first phase, while 39 and 40 constituencies will go to polls on April 1 and April 6 respectively.