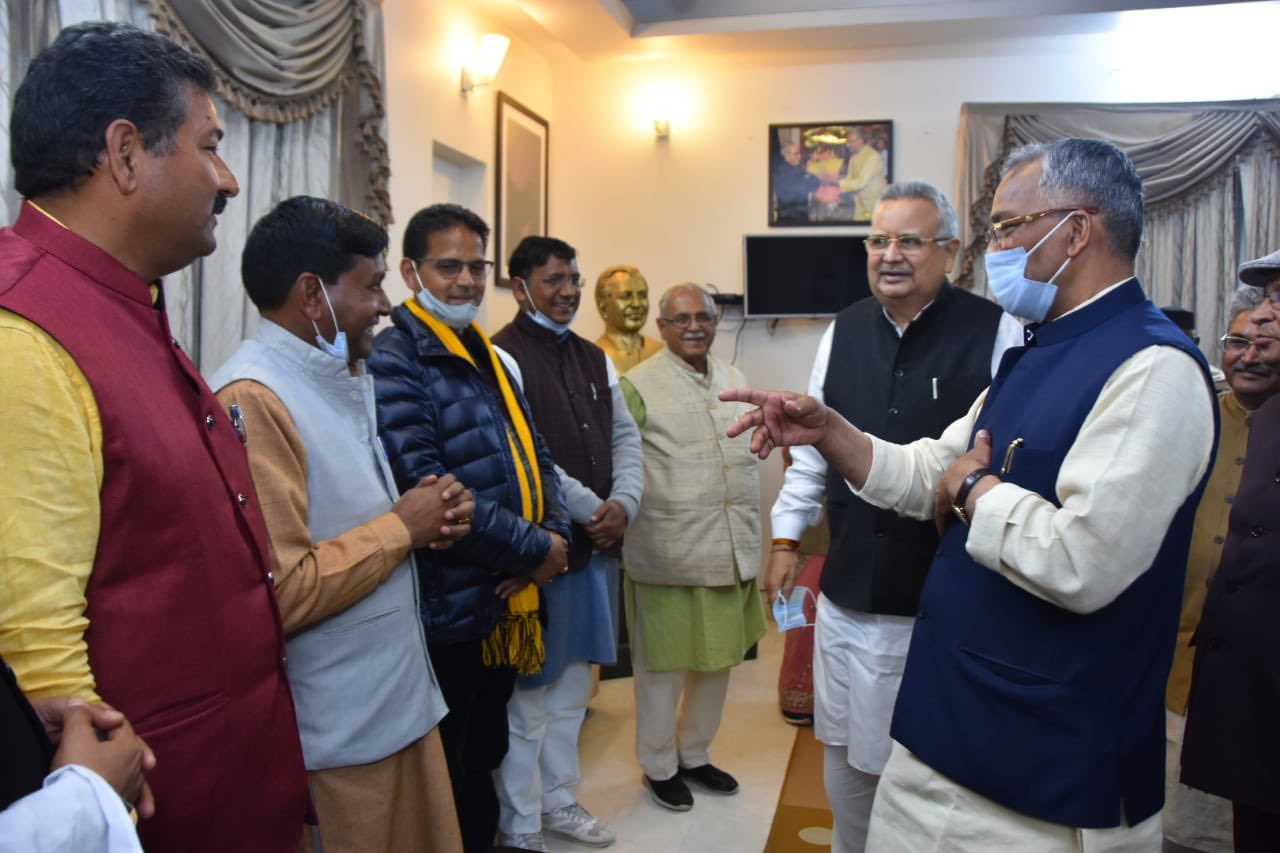 DEHRADUN: Trivendra Singh Rawat on Tuesday resigned as the Chief Minister of Uttarakhand, ending days of speculations about a leadership change in the BJP-ruled hill state amid reports of discontent against him.

Rawat submitted his resignation to Governor Baby Rani Maurya at the Raj Bhawan here upon his arrival from Delhi where he met the central BJP leadership.

After submitting his resignation, Rawat said the Uttarakhand BJP Legislature Party will meet at the state party headquarters here at 10 am Wednesday to choose his successor.

Earlier before proceeding to the Raj Bhawan, Rawat was closeted with his associates at the chief minister’s residence including Cabinet minister Madan Kaushik and state minister Dhan Singh Rawat, who has emerged as the frontrunner to succeed him.

Rawat was going to complete four years in office on March 17.

Soon after submitting his resignation, Rawat addressed a press conference at his official residence, telling the media that the party has “collectively decided” that someone else should leads the state now.

He said he comes from a humble family background and had never even imagined his party will give him the honour of serving Uttarakhand for nearly four years as a chief minister. “I feel really honoured that my party gave me the opportunity to serve Devbhoomi for nearly four years,” Rawat said.

“Now the party has collectively decided that I should give this opportunity to someone else. So I have submitted my resignation to the Governor. I wish all the best to whoever takes over from me,” he said.

He said that during his tenure several steps were taken for the empowerment of women including a recent ordinance giving the ownership rights to women in the ancestral property of their husbands.

Asked what had been the reason behind his replacement, Rawat did not divulge much. “I told you it was a collective decision of the party.”

On being queried further, Rawat quipped, “You will have to go to Delhi to find that out.”

Central party observers Raman Singh and Dushyant Kumar Gautam are scheduled to land in the state later Tuesday to oversee the process of change of guard in the state.

The central BJP leadership had recently sent two observers Raman Singh and Dushayant Kumar Gautam to the state to get feedback from the party”s core group amid reports of discontent against the chief minister.