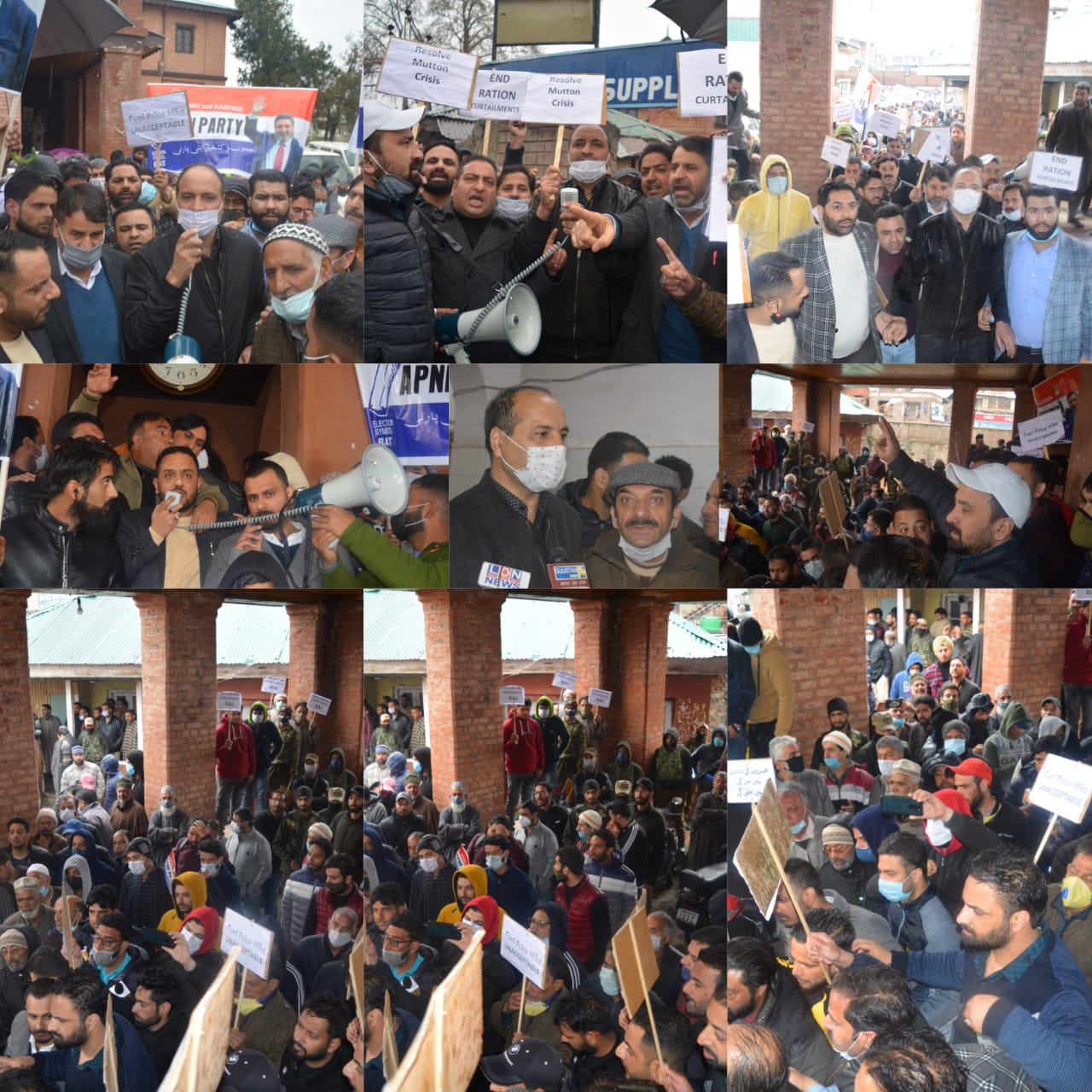 SRINAGAR: The Apni Party staged a protest here on Wednesday against the rising fuel prices, curtailment of ration supplies and shortage of mutton in Kashmir.

The demonstrators assembled outside the Department of Food, Civil Supplies and Consumer Affairs at Shaheed Gunj and raised slogans against the administration for its “failure” in mitigating the sufferings of the people.

Led by former minister Mohammad Ashraf Mir, the Apni Party workers protested against the alleged curtailment in ration supplies to consumers who do not have Aadhaar registrations, and rising prices of fuel and other edible commodities in Jammu and Kashmir, a party spokesperson said.

The protesters flayed the administration over the prolonged mutton crisis, frequent electricity cuts and scarcity of drinking water supplies, the spokesperson said.