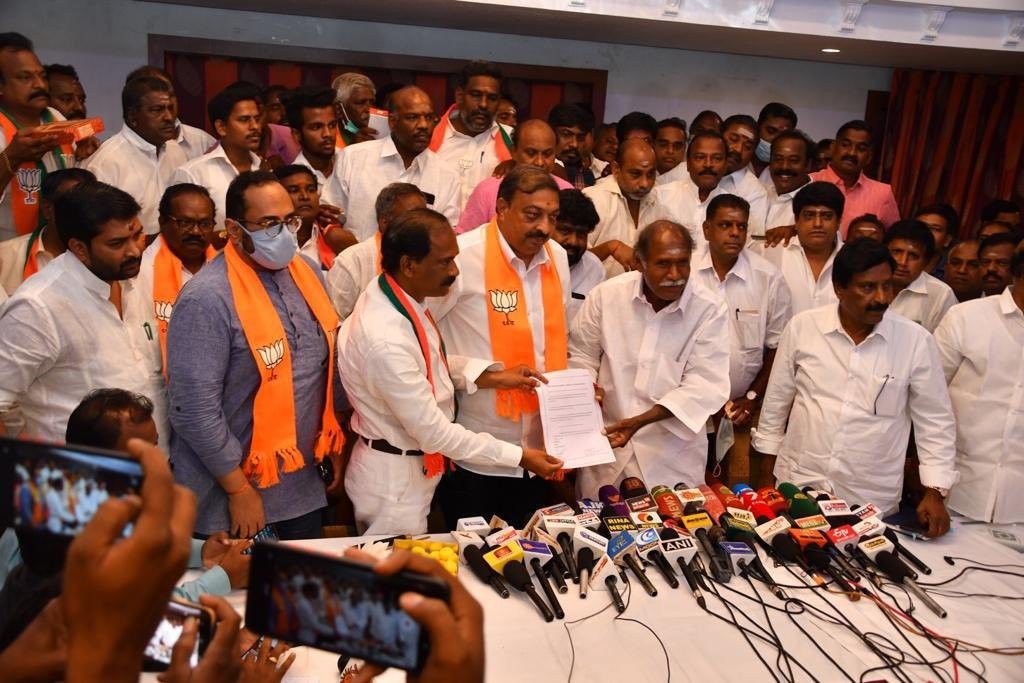 PUDUCHERRY: The NDA, comprising AINRC , AIADMK and the BJP, is going ahead with a clear vision and in full coordination to romp home in the April 6 Assembly elections here, BJP in-charge of Puducherry Nirmal Kumar Surana said on Wednesday.

Already, Surana told reporters, the NDA has finalised that AINRC would contest in 16 out of the total 30 seats here.

The AIADMK and BJP which have been earmarked the remaining 14 seats would decide soon the number of seats the two parties would share between themselves.

“We are going ahead with full coordination and in a smooth manner. Our alliance is now carrying out our poll- related works under the leadership of AINRC founder-leader and former Chief Minister N Rangasamy, who is an experienced leader and knows Puducherry fully,” he said.

He had said on Tuesday that the NDA would function in the Union Territory under Rangasamy’s leadership.

Surana said, “Our aim is to ensure that the Congress-DMK alliance is totally defeated and should not garner even a single seat in the forthcoming polls.”

He declared open the election office of the BJPtoday.

Among those present on the occasion included former PWD Minister A Namassivayam, who joined the BJP after quitting the Congress in January; president of the Puducherry unit of BJP V Saminathan; and former legislators A John Kumar and E Theeppainjan.

Namassivayam, speaking at the inauguration of the election office ofBJP, said the party had emerged as a strong political party in Puducherry.

“No dispensation will be possible without BJP in the Union Territory,” he said.

He called upon the rank and file of the parties attached to the NDA to put in hard work to ensure that it formed the next government here.

Meanwhile, Pattali Makkal Katchi (PMK) which announced to fight the forthcoming polls on its own forwarded to the party founder S Ramadoss the list of its candidates for 15 constituencies for approval.

Convenor of Puducherry unit of the party K Dhanaraj said in a press release that the list of names relating to 12 constituencies in Puducherry and three segments in Puducherry was forwarded to the party founder for his approval.

PMK had announced to fight the polls on its own as it was not associated with the seat-sharing exercise by the BJP for Puducherry polls.