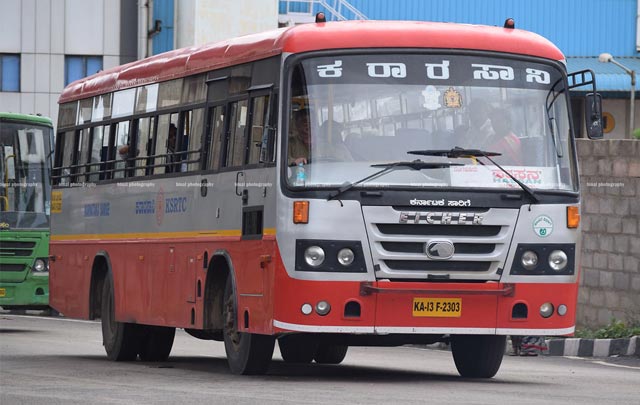 BENGALURU: The Karnataka State Road Transport Corporation on Saturday temporarily suspended its operations to Kolhapur in Maharashtra which has a substantial Kannada population in view of the ongoing border row between the two states, officials said.

A few Maharashtra leaders have been demanding the merger of the regions dominated by Marathi-speaking people in Karnataka, especially Belagavi, which the pro-Kannada organisations have been opposing.

According to a senior officer in the North West Karnataka Road Transport Corporation, a vehicle belonging to Maharashtra was blackened in Belagavi which aggravated the tension between the regions.

“The Maharashtra State Road Transport Corporation officials had asked us if there was tension in Kolhapur and asked us not to run any buses. They too did not run any bus,” the officer added.

Meanwhile in Mumbai, Shiv Sena leader Sanjay Raut alleged that Marathi people residing in Karnataka’s Belgaum were being victimised, and said an all-party delegation from Maharashtra should visit the city in the neighbouring state to resolve the ongoing stand-off.

He told reporters that in the last eight days there have been instances of attack on Shiv Sena leaders and the party’s office in Belgaum by pro-Kannada outfits.

“Belgaum is part of India and the Maharashtra- Karnataka dispute is a language dispute. It shouldn’t be stretched too far and this is the responsibility of the Karnataka government too,” he said.

Maharashtra Chief Minister Uddhav Thackeray had been raising the issue of merger of Belagavi and other Marathi- dominated regions with Maharashtra time and again.

In this article:Bus service, Karnataka, Maharashtra