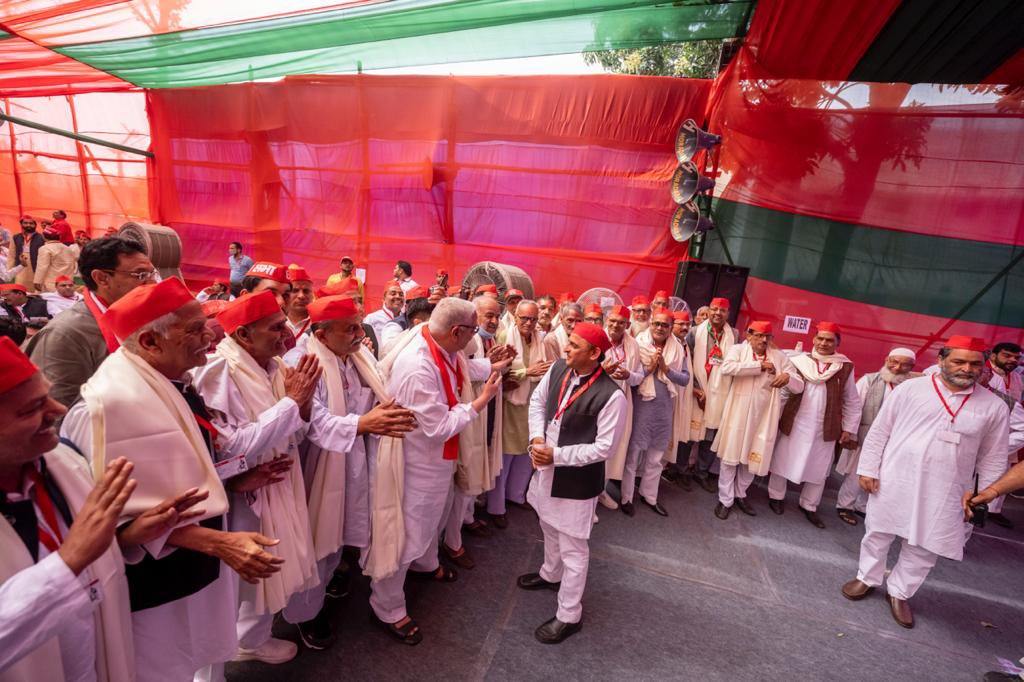 Referring to Uttarakhand where the BJP changed its CM, Yadav at a “kisan mahapanchayat” organised by his party and the Mahan Dal in UP’s Kasganj said the day the BJP MLAs came to know that they are being denied ticket (for polls), on that day, UP’s chief minister will be changed.

He had become the UP’s chief minister by chance (“tukke se”), Yadav added referring to Adityanath’s surprise selection for the post by the BJP after the Assembly polls in 2017.

Further taking a dig at Adityanath, he said, “If the Uttar Pradesh chief minister knew how to use a laptop, then he would have distributed laptops among the youth.

The UP chief minister is an amazing CM and (I) don’t know what happens to him when he sees a red cap, Yadav said referring to Adityanath’s remarks in the state legislature some days ago.

In an obvious reference to the SP members who wear red caps, Adityanath recalled that he had once been to village school when a child called a politician sporting a cap as “goonda” (hooligan).

Yadav further advised the CM to wear a red cap, saying he would look nice. Remember that a yogi is a person who considers other’s pain his own, he said.

The SP chief on this occasion said that in the 2022 Assembly elections, the SP will have an alliance with the Mahan Dal and the Rashtriya Lok Dal. The relationship between the Mahan Dal and us is strong, he said.