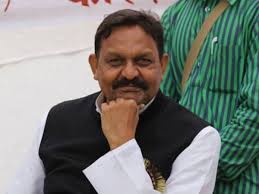 BALLIA: BSP MP Afzal Ansari has accused the BJP of indulging in politics of hatred and pushing the country backwards by five decades by “destroying” social harmony.

Ansari claimed that after the upcoming assembly elections to five states were over, the BJP government would divide Uttar Pradesh into four parts.

Speaking at a programme at Belthara Road in Ballia district on Friday evening, the Ghazipur MP hit out at Chief Minister Yogi Adityanath, accusing him of trying to be “Mr Clean” by withdrawing cases registered against him.

“Yogi ji says that his government is moving bulldozers over the mafia. But he is withdrawing cases registered against himself and Deputy Chief Minister Keshav Prasad Maurya. This is against the Constitution,” Ansari added.