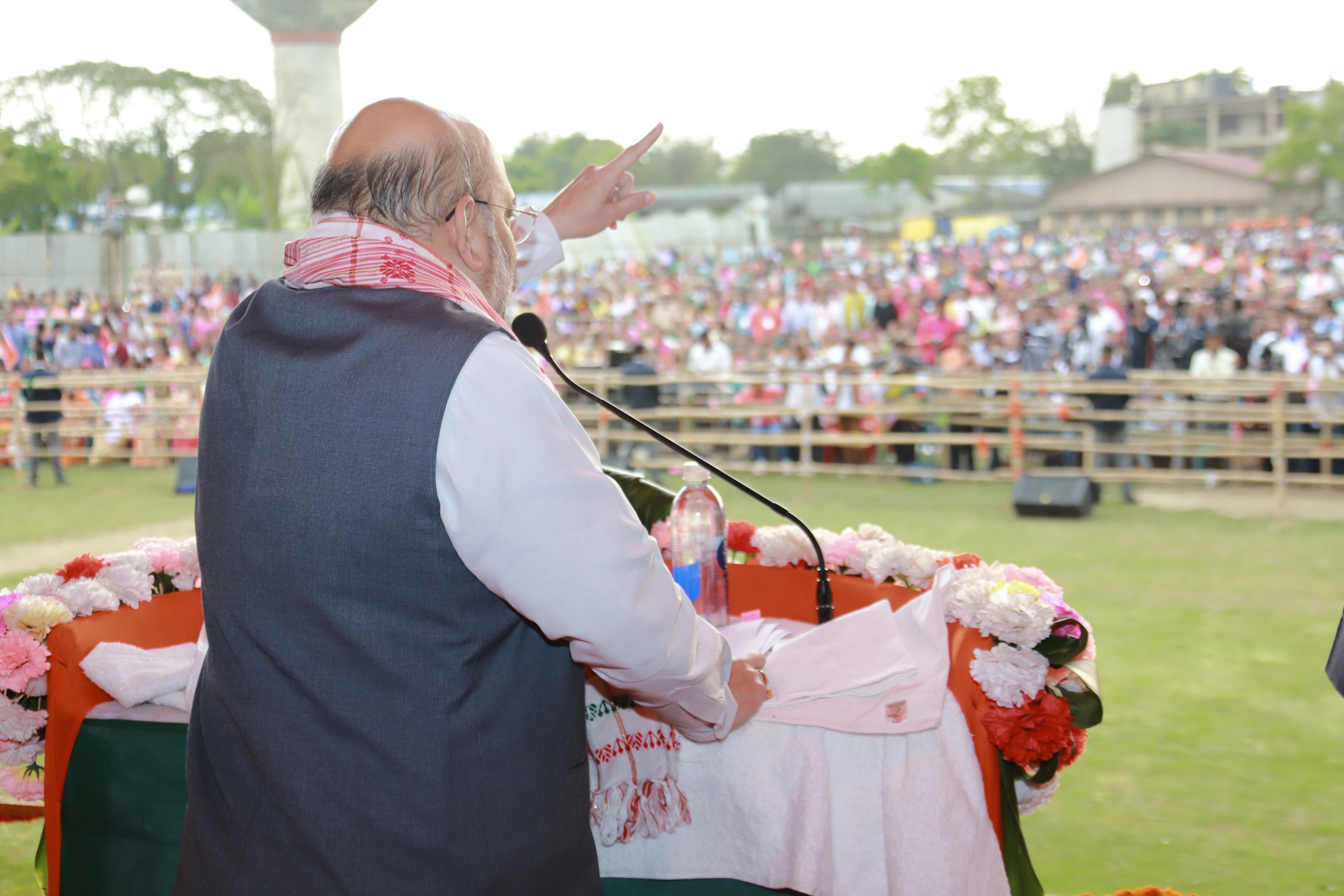 NEW DELHI: Union Home Minister Amit Shah on Sunday launched a scathing attack on the Congress and its leader Rahul Gandhi for entering into alliances with political parties who are “out to divide the country”, and asserted that the BJP does not practise vote-bank politics.

He alleged that the grand old party, despite “ruling the state for 15 years and having a prime minister who was a representative from the state”, did nothing to solve the issue of illegal immigration from neighbouring countries.

Shah was referring to Manmohan Singh, who has represented Assam in the Upper House of Parliament.

“The Congress can go to any length to win an election. It has aligned with Badruddin Ajmal’s AIUDF in Assam, the Muslim League in Kerala and the Indian Secular Front in Bengal. Assam cannot be safe in the hands of Ajmal.

“People of Assam can decide who is more concerned about their welfare — Prime Minister Narendra Modi or Badruddin Ajmal,” Shah said at a poll rally here.

The BJP, during the last five years, has successfully ousted infiltrators who had encroached land at Kaziranga National Park and occupied plots owned by religious bodies, the Union minister said.

“Five years ago, I, as BJP president, had promised to make Assam ‘andolan mukt’ (agitation-free) and ‘aatankbad mukt’ (militancy-free). We have fulfilled our pledge, and there is no longer any agitation or militancy in the state.

“Assam is experiencing peace and development. Give us another five years and we will also be able to solve the problem of infiltration,” Shah claimed.

In a jibe at Congress leaders, who has promised doles to tea garden workers if elected to power, he said the party remembers these labourers only during elections.

“Prime Minister Narendra Modi has already taken several initiatives to improve the lives and working condition of the tea garden workers,” he added.