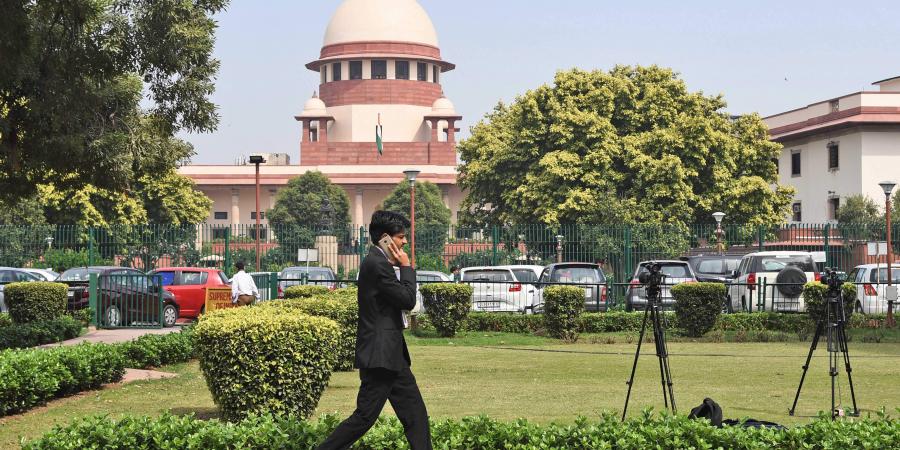 NEW DELHI: State election commissioners have to be “independent persons” not occupying a post under the Centre or state governments, the Supreme Court has ruled, terming the Goa government’s move to give its law secretary the additional charge of the SEC a “mockery” of constitutional mandate.

In a significant verdict, the top court also directed if there were any such persons holding the post of SEC in any other state, “such persons must be asked forthwith to step down from such office and the State Government concerned be bound to fulfil the constitutional mandate of Article 243K by appointing only independent persons to this high constitutional office”.

A three-judge bench, headed by Justice R F Nariman, issued the direction to all states and Union territories while taking recourse of its extraordinary powers under Article 142 of the Constitution that empowers it to pass any order in the interest of justice.

The directions were issued to ensure that the constitutional mandate of an independent State Election Commission to conduct elections is “strictly followed in the future”, said the bench, also comprising Justices B R Gavai and Hrishikesh Roy.

The observations and directions were given in the 96-page judgement, penned by Justice Nariman, on a batch of pleas relating to the urban local body polls in Goa.

The judgment, uploaded on the apex court’s website on Saturday, has upheld the Bombay High Court’s verdict of setting aside an order of the municipal administrator on February 4 on granting quota to women and OBC candidates in local urban body polls in five municipal councils in the state.

The bench directed the Goa SEC to issue the notification for the urban body polls within 10 days from Friday and complete the poll process by April 30.

Justice Nariman extensively dealt with the constitutional scheme pertaining to elections and the SECs.

“It is also made clear that henceforth, all State Election Commissioners appointed under Article 243K in the length and breadth of India have to be independent persons who cannot be persons who are occupying a post or office under the Central or any State Government,” it held.

“The most disturbing feature of these cases is the subversion of the constitutional mandate contained in Article 243K of the Constitution of India.

“The State Election Commissioner has to be a person who is independent of the State Government as he is an important constitutional functionary who is to oversee the entire election process in the state qua panchayats and municipalities,” Justice Nariman, who wrote the judgement for the bench, said.

The importance given to the independence of a SEC is explicit from the provision for his removal from his office which equal to a judge of the high court.

“Giving an additional charge of such an important and independent constitutional office to an officer who is directly under the control of the State Government is, in our view, a mockery of the constitutional mandate,” the verdict said.

It declared that the additional charge given to a law secretary flouted the constitutional mandate and asked the Goa government to “remedy this position by appointing an independent person to be the State Election Commissioner at the earliest”.

Petitions were filed in the Bombay High Court relating to the elections to 11 municipal councils where terms had expired on November 4 last year and the SEC had fixed polls in April, 2021.

The law secretary, who was given additional charge of the SEC on November 3, had postponed the polls due to the pandemic.

Pleas were filed in the high court against a change in the Goa Municipalities Act, by which the time frame for issuance of a notification for reservation of wards was stated as being “at least seven days” before the notification for schedule of dates and events of the elections.

The court had also directed the Goa municipal administrator to issue fresh notification for polls after ensuring “reservation for women of not less than one-third of the total number of seats reserved for direct elections to the Municipal Councils”.

The top court upheld the high court’s judgement and said under the Constitution, “no election to any municipality can be called in question except by an election petition presented to a Tribunal as is provided by or under any law made by the Legislature of a State”.

This would mean that from the date of notification of the election till the date of the declaration of result, a judicial hands-off is mandated by the non-obstante clause “debarring the writ court under Articles 226 and 227 from interfering once the election process has begun until it is over”.

The constitutional bar operates only during this period. It is therefore a matter of discretion exercisable by a writ court as to whether an interference is called for when the notification for elections is yet to be announced, the court added.