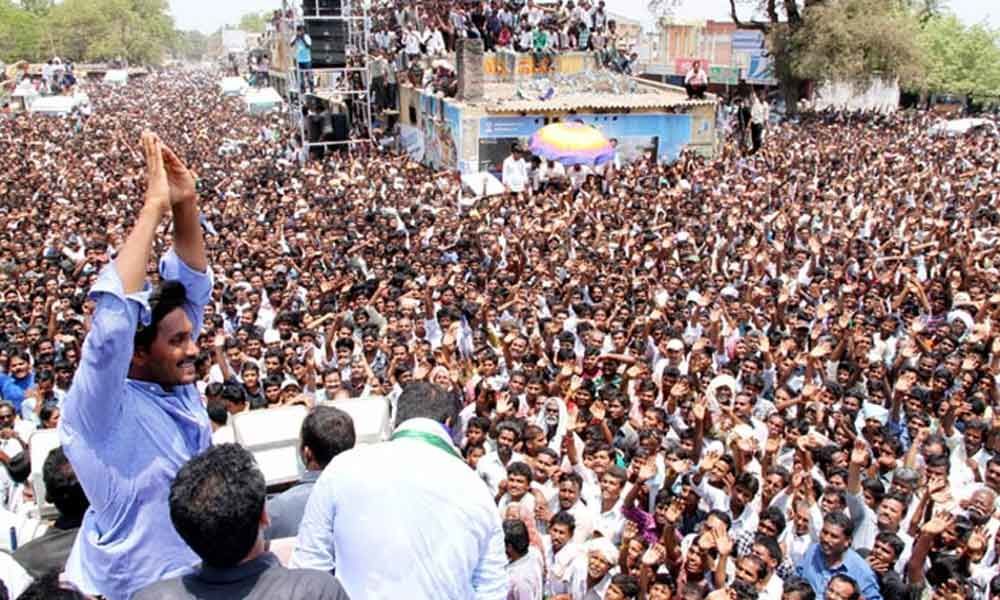 AMARAVATI : In a landslide of unprecedented scale that is now being described as ‘Jagan Wash’, the ruling YSR Congress in Andhra Pradesh on Sunday swept the elections to the urban local bodies, literally burying the main opposition Telugu Desam in 75 municipalities and 11 municipal corporations.

The humiliation for the TDP was such that it could cross the double digit in only five ULBs while other opposition parties BJP and JSP made little gains.

The Congress was nowhere in the picture.

The YSRC attributed the resounding victory to the faith people reposed in the leadership of Chief Minister YS Jagan Mohan Reddy, who “lives up to his promises” and implemented a welfare agenda in the last 22 months.

The ruling party also claimed the verdict was an endorsement of the government’s decision to have three different capitals for the state.

TDP president N Chandrababu Naidu, in a tweet, told his party rank and file there was “nothing to be disappointed” with the results.

“We fought well despite rowdyism, threats, intimidation, abuse of power and inducements,” he claimed.

Sadly for the TDP, it failed to make a mark in either Vijayawada or Guntur municipal corporations, which form part of the current capital region Amaravati, where people have been opposing the capital trifurcation plan.

It did relatively better in Visakhapatnam, which the government wanted to make the Executive Capital, but it would be the YSRC that would be ruling the Greater Visakhapatnam Municipal Corporation.

The TDP has hopes of capturing only one municipality, Tadipatri in Anantapuramu district, with the backing of ally CPI and an independent.

It will be the YSRC’s rule in 74 other municipalities across the three regions of the state.

In Mydukuru in Kadapa district, the TDP won 12, the YSRC 11 wards and the Jana Sena one in the 24-member council but ex-officio votes (of legislators) would tilt the balance in the ruling partys favour, helping it to bag the chairmans post.

Eleven out of the 12 municipal corporations have also fallen in the YSRCs kitty.

Counting of votes in Eluru Municipal Corporation has not been taken up because of an order of the High Court.

According to the latest information revealed by sources in the State Election Commission, the YSRC bagged 1,754 out of the 2,122 wards in 75 municipalities.

Detailed results of municipal corporations were yet to come in as counting was continuing in some of them, the sources said.

In the last elections to the ULBs held in 2014, the TDP had won five out of seven municipal corporations and the YSRC two.

Of the 92 municipalities, TDP bagged 70, YSRC 18, Congress and CPI one each and others two.