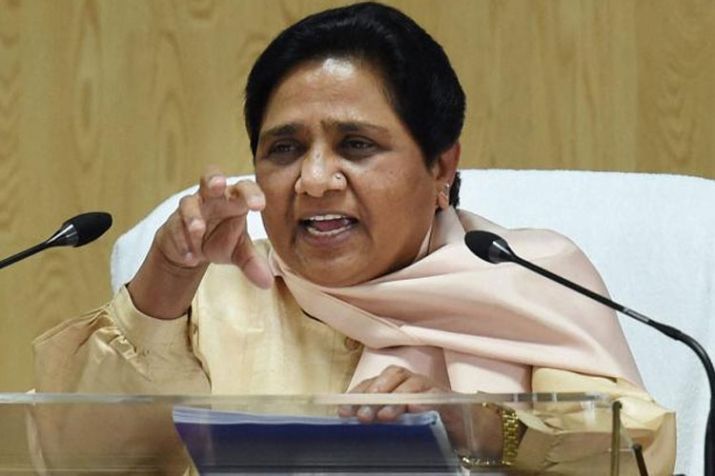 LUCKNOW: BSP president Mayawati announced on Monday that the party would contest the assembly elections in West Bengal, Tamil Nadu, Kerala and Puducherry on its own, saying it had a “bitter experience” of aligning with other parties in the past.

Mayawati also stated that her party would go alone in the Uttar Pradesh assembly election next year.

“We are working internally on the elections. We do not reveal our strategy,” Mayawati told reporters at an event to pay tributes to BSP founder Kanshi Ram on his 87th birth anniversary.

“The BSP will contest on all the 403 assembly seats in UP and will perform well. The performance of the party will be good in the panchayat elections in Uttar Pradesh,” she said.

Mayawati asserted that the BSP would perform well in West Bengal, Tamil Nadu and Kerala. However, she did not clear the party’s stand regarding the assembly polls in Assam.

The former Uttar Pradesh chief minister said the BSP’s experience of forging an alliance with others had not been good.

According to Mayawati, the BSP leaders, workers and voters are highly disciplined, but this is not the case with other parties of the country.

On the protest by farmers over the three farm laws, the BSP leader urged the Centre to withdraw them. She demanded that the kin of farmers who died in the protest be given adequate financial assistance and a government job be provided to a family member.

Paying tributes to Kanshi Ram, Mayawati said the party was moving on the path of B R Ambedkar and the BSP founder.

She hit out at the government over “skyrocketing” fuel prices, poverty and unemployment.

“The huge increase in the private wealth of some capitalists also raises questions on the government’s policy and intention towards public interest and public welfare,” she added.

Raking up the “poor” law and order situation in the state, the BSP leader claimed that as per the common perception of the people, “most of the encounters are done with the feeling of casteist malice”.

Asked about Congress leader Priyanka Gandhi Vadra making frequent tours to Uttar Pradesh, Mayawati said: “There is democracy in the country and every party has the right to forge an alliance as per their own view.”

“Whether the Congress forges an alliance in UP or goes alone is a matter of that party,” she added.

On sale of sugarmills during the BSP regime, Mayawati said it was a collective decision of the cabinet.

“Be it the Centre or the state, all governments take decisions like this,” she said. “All rules and norms were followed while doing this.