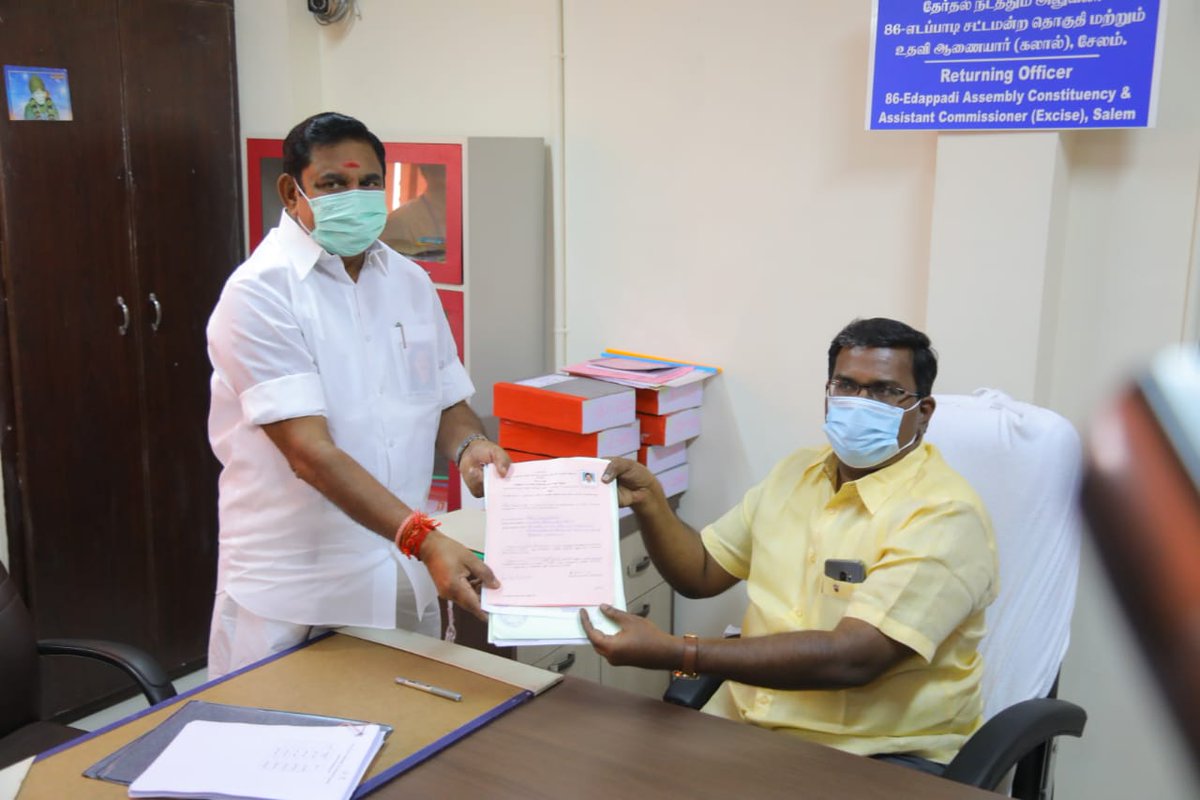 The chief minister, who walked a short distance to reach the local Taluk office, submitted his required papers.

Palaniswami is later slated to address poll rallies in different parts of the district.