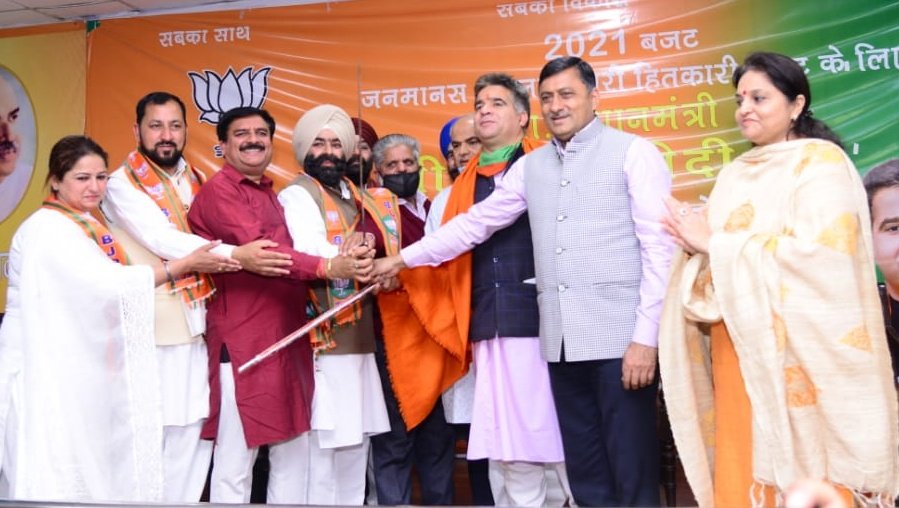 JAMMU: Two PDP leaders, along with their supporters, joined the BJP here on Monday, a BJP spokesman said.

The BJP received further boost in Poonch district when PDP leaders Gurdeep Singh Saraf and Ravinder Kumar Bitta, along with their dozens of supporters, joined the party in the presence of state unit president Ravinder Raina, he said.

J-K BJP general secretary (organisation) Ashok Kaul and other party leaders were also present in the function held at the party headquarter here.

Welcoming the new entrants into the party fold, Raina said BJP’s policies to serve the society better attract people towards it.

“The BJP has kept progressing with its agenda of nation-building and perfect synchronisation between its words and actions. By taking the decisive actions to help every person from every region and every community, we have delivered on what we promised in our everyday speech,” he said.

Kaul hoped that the new entrants will serve the people besides strengthening the party in the region.

In this article:BJP, Jammu and Kashmir, PDP leaders