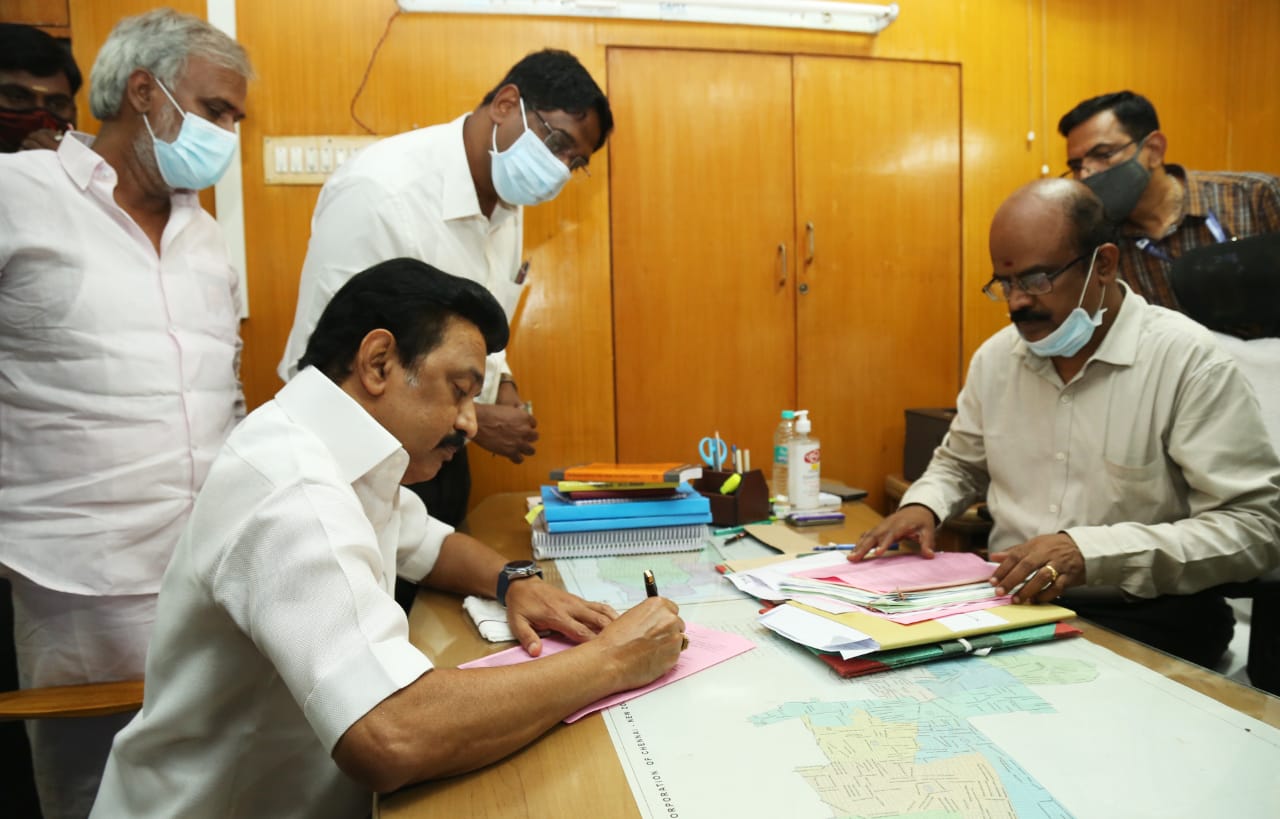 CHENNAI: DMK President M K Stalin on Monday filed his nomination for the April 6 Tamil Nadu Assembly polls from the city’s Kolathur constituency, from where he is seeking a third term.

The DMK chief has been representing the constituency since 2011 and is seeking another term, even as his party is keen to capture power by defeating the ruling AIADMK which has been in the ruling saddle for the last ten years.