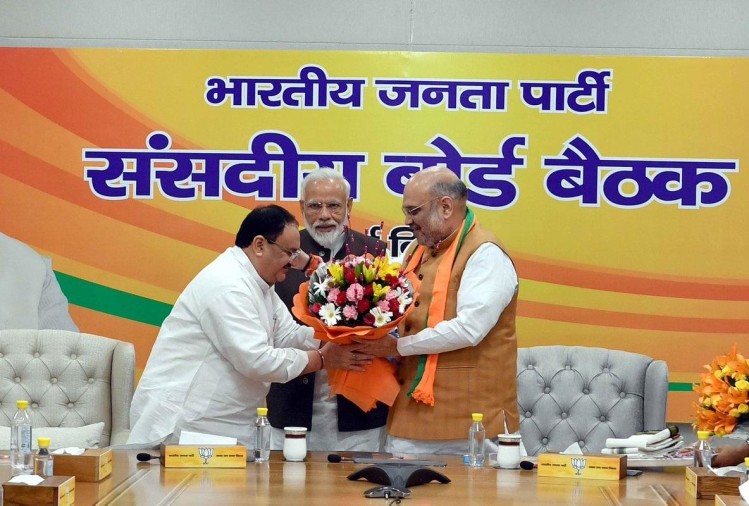 The party is facing protests and resignations as many of its aspiring old-timers did not find their names in the list of candidates.

Roy, BJP national vice-president and former union minister is back in the electoral fray after a gap of two decades.

He will contest from Krishnanagar Uttar seat, which is dominated by the Matua community. He had unsuccessfully contested election on a TMC ticket in 2001.

BJP, which has emerged as the main opposition in the state, has also fielded sports personalities and a scientist for the high stakes battle in the state.

Despite protests over recruits getting more importance than old-timers in the candidates list, the party gave nominations to 20 turncoats, including several former TMC MLAs like Arindam Bhattacharya who has been fielded in Jagatdal and Jitendra Tiwari in Pandaveswar.

However, in some cases the saffron party has not given nominations to turncoats from their home seats to avoid dissent.

The list also has 19 women candidates, which is more than its previous two lists.

The party continued with its strategy of fielding personalities from different walks of life and sitting MPs. It named folk artiste Ashim Sarkar from Haringhata assembly seat and scientist Gobhardhan Das from Purbasthali Uttar.

It has fielded its former state unit chief Rahul Sinha, who is yet to taste success in any of the elections he has contested so far, from Habra against the state Food Supplies Minister Jyotipriyo Mullick.

The party has so far announced names of five sitting MPs, including Union Minister Babul Supriyo, as its candidates for the state election.

Nominations were also given to the wife of former state Congress president Somen Mitra and husband of TMC MLA Mala Saha. The two are Sikha Mitra and Tarun Saha respectively.

However, in an embarrassment for the party both Sikha Mitra and Tarun Saha refused their tickets and said they are firmly with their parties – the Congress and TMC.

“I don’t know how my name featured in the candidate list. I am still with the Congress and remain so,” Mitra told reporters.

Ghosh, who had recently switched over from the TMC, has been pitted from Bhawanipur seat in the city, which is Chief Minister Mamata Banerjee’s backyard.

However, just hours after the list was announced, the rift in Bengal BJP between the old-timers and the new inductees came out in the open. Several BJP leaders and aspirants voiced their anguish after they were denied nomination. Protests were held in various parts of the state and some party leaders even quit the party.

BJP state Yuva Morcha leader Sourav Sikdar, the nephew of former BJP leader Tapan Sikdar, resigned from all party posts after he was denied a ticket. He accused the present party leadership of humiliating old-timers.

The nomination of Bhattacharya from Jagtadal and Tiwari from Pandaveswar constituencies kicked off a wave of protests in south Bengal. The local leaders of the party hit the streets and opposed their nomination.

Protests were also held in various other constituencies after aspirants did not find their names in the candiadtes list.

Protest was reported in Durgapur Purba constituency where Diptanshu Chowdhury, who had recently joined BJP, was given the nomination.

BJP has so far announced candidates for 280 seats.

Election for the 294-seat West Bengal assembly will be held in eight phases, with the first phase on March 27 and the last on April 29. The results will be announced on May 2.