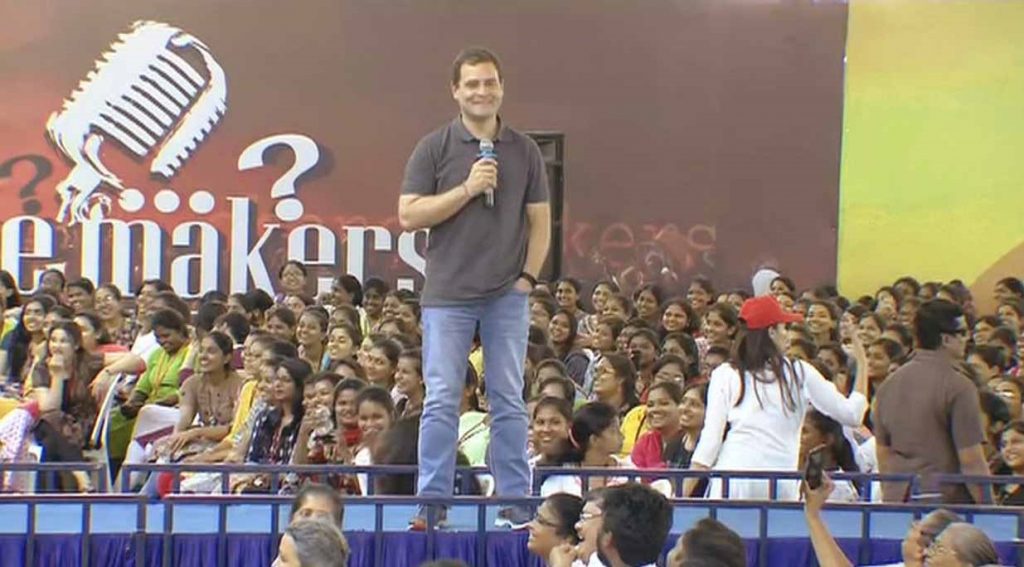 NEW DELHI: Congress leader Rahul Gandhi will interact with college students and meet tea estate workers as part of his poll campaign in Assam on Friday, the party said.

Gandhi will be on a day-long tour to the poll-bound state where the Congress is seeking to wrest back power from the BJP.

The former Congress chief will be interacting with college students in Lahoal in Dibrugarh on Friday morning and then attend the tea estate workers rally in Dinjoy in Panitola block of Dibrugarh later, the party said.

He will also address a public meeting in Town Field in Doom Dooma in Tinsukia district of Assam, it said.

This is the second time Gandhi would be campaigning in Assam.

Earlier, his sister and Congress general secretary Priyanka Gandhi Vadra had also campaigned for the party in the state and met tea estate workers.

Assembly elections in Assam are slated in three phases on March 27, April 1 and April 6, to elect the 126 member house. The results will be out on May 2.