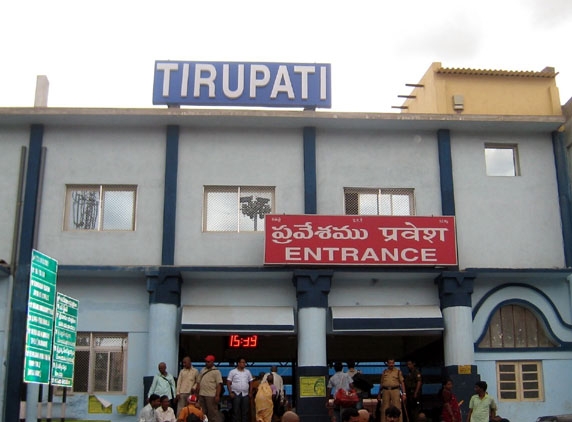 AMARAVATI: Buoyed by the landslide it secured in the just-concluded elections to urban local bodies in Andhra Pradesh, the ruling YSR Congress seems to be taking success in the coming bypoll to the Tirupati Lok Sabha seat for granted and only betting on the victory margin.

The YSR Congress on Sunday swept the elections to the ULBs, literally burying the main opposition Telugu Desam party in 75 municipalities and 11 municipal corporations.

“We hope to win Tirupati by a majority of at least three lakh votes.It will be higher than the last time (2019), going by the people’s mood that has reflected in the ULB elections,” state Panchayat Raj Minister P R C Reddy, who hails from Chittoor district, said.

Notification for the by-election will be issued on March 23 and the last date for filing nominations is March 30.

Polling is scheduled to be held on April 17 and counting of votes on May 2.

Balli Durga Prasad Rao, who won in 2019 by a record margin of 2.28 lakh votes, died of COVID-19 on September 16 last year, necessitating the bypoll.

Lakshmi lost the election in 2019 to Durga Prasad Rao.

The BJP is jumping into the fray in alliance with the Jana Sena and is seeking to reclaim the seat it won only once in 1999, then in the company of the TDP.

Names of former IAS officers K Ratna Prabha and Dasari Srinivasulu are being tipped as the BJP’s prospective candidates.

Ratna Prabha retired as Chief Secretary of Karnataka while Srinivasulu retired as a Principal Secretary in the AP government.

The Congress is expected to field former Union Minister Chinta Mohan yet again, the old warhorse who previously represented Tirupati for five terms in the Lok Sabha.

Over 25 per cent of the 15.75 lakh voters in the parliamentary segment belong to the Scheduled Castes while there are about five lakh electors belonging to the backward classes.

The YSRC, by and large, appears to be in a comfortable position in all the segments but it is said to be facing some internal trouble in Guduru, where former MP from Tirupati V Varaprasad is now the MLA.

The ruling party is, however, unperturbed, given the current political trend in the state.