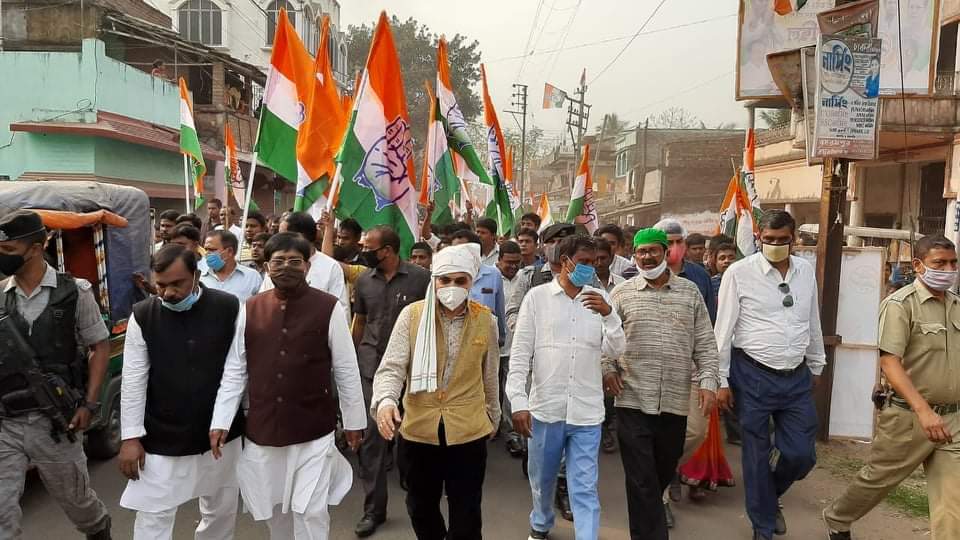 NEW DELHI: The Congress released another list of 39 candidates on Saturday night for the West Bengal Assembly election.

The candidates declared today are for the fifth, sixth, seventh and eighth phases of the election.

It has fielded Md Shadab Khan in Bhowanipore, Md Mukhtar in Kolkata Port and Asutosh Chatterjee in Rashbehari seat. Santosh Kumar Pathak will be contesting from Chowringhee, while Janab Ajmal Khan is the party’s candidate from Jorasanko in Kolkata.

In Krisnanagar Uttar, the Congress has declared Silvi Saha as its candidate, while Dharmendra Shaw will fight from Bhatpara.

The party is contesting the West Bengal polls in alliance with the Left Front and the newly-formed Indian Secular Front. The Congress will be contesting 92 out of 294 seats.

The eight-phase West Bengal assembly polls will start on March 27.

In this article:Congress, West Bengal