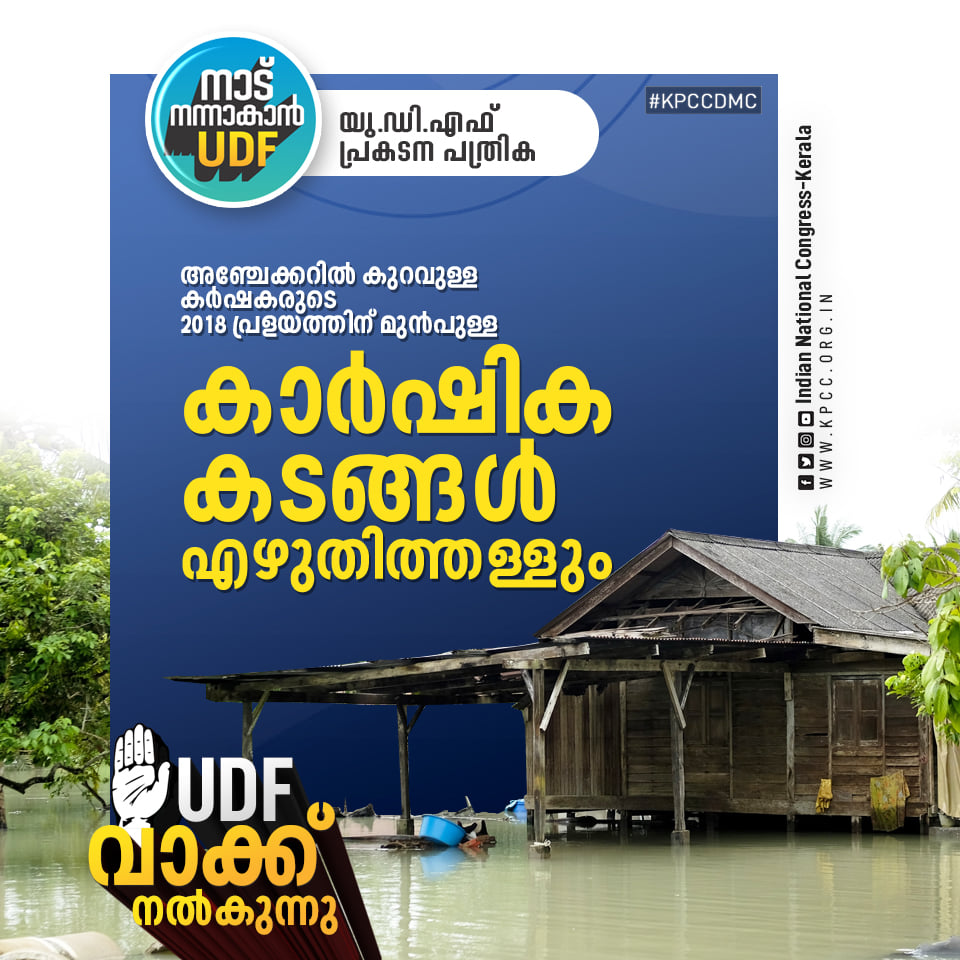 A special law to protect the traditions of the Sabarimala lord Ayyappa temple and a Peace and Harmony department on the model of Rajasthan,has also been promised by the UDF.

Reaching out to the vast majority of women voters, the front has assured a two years age relaxation for mothers appearing for examinations for government jobs.

Housewives aged between 40-60, who donot come under the Nyay scheme, the minimum income guarantee programme launched by the Congress in 2019,would be entitled for the Rs 2000 monthly pension.

Free food kits to those who had been affected by COVID-19 and no bill hospitals are among the otherschemes of the front, Benny Behanan MP, chairman of the manifesto committee said.

The ruling LDF had also announced pension for homemakers and had hiked the social security pension to Rs 2,500 from the present Rs 1600.