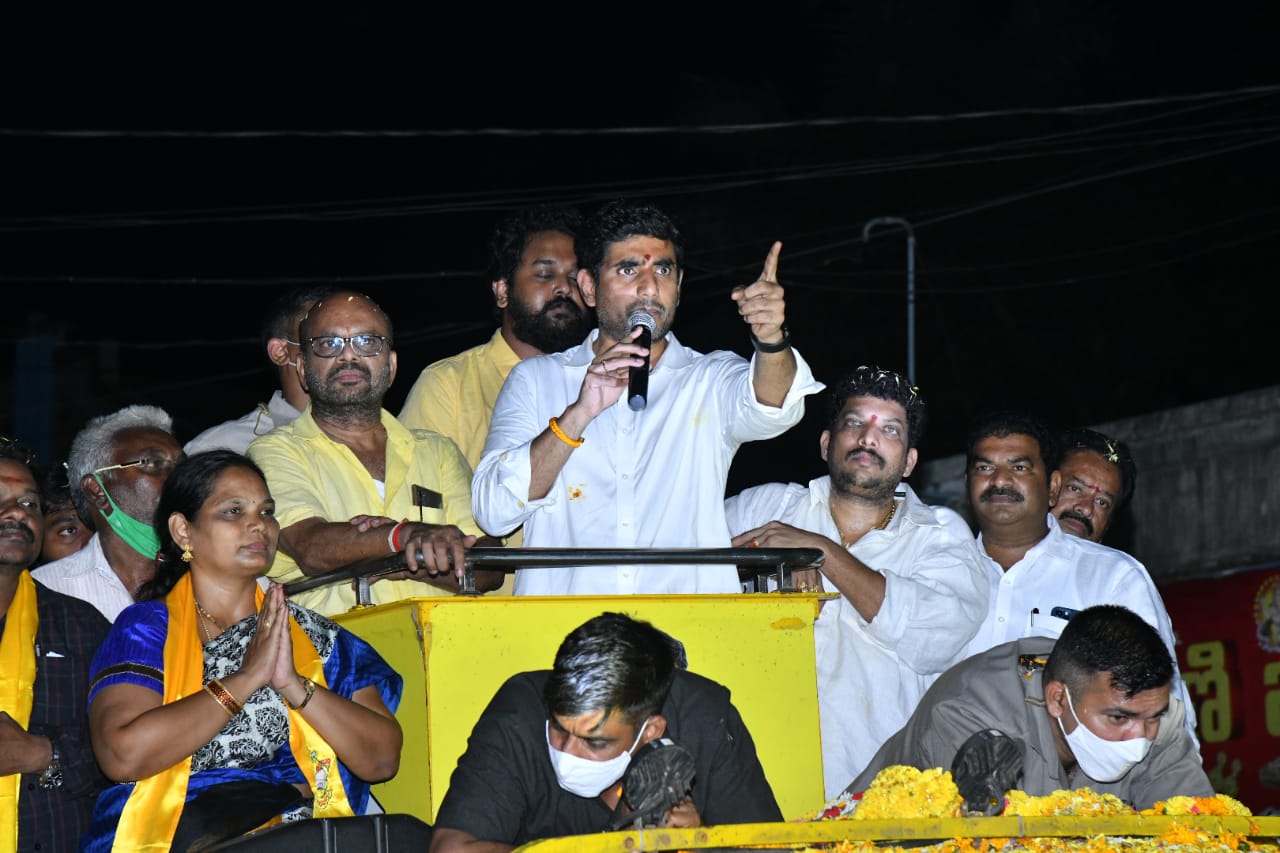 AMARAVATI: Telugu Desam Party (TDP) national general secretary Nara Lokesh took a jibe at Chief Minister Y.S. Jagan Mohan Reddy saying when his father Y.S. Rajasekhar Reddy could not do anything to his father N. Chandrababu Naidu then what could the current chief minister do.

Lokesh was referring to the alleged CID case on land grabbing from Dalits in Amaravati region.

“Your father could not do it, after all who are you Jagan Mohan Reddy? It is a habit for your family to file false cases against Naidus and get criticized by the Court,” claimed Lokesh late Friday.

He shared an 8-minute-long video furnishing details of the alleged attempts made by the Reddy family to implicate Naidu by lodging multiple cases in the Anti-Corruption Bureau (ACB) Court and the Supreme Court.

The video claimed that all attempts to file alleged false cases against the TDP supremo have failed and stated that Naidu’s honesty is like a burning ember (nippu).

It is mentioned in the video that despite repeatedly failing, the YSR family is allegedly not stopping their attempts to implicate Naidu and tarnish the TDP supremo and former chief minister with alleged corruption charges which have always fallen flat.

They said cases have been filed against Naidu since 1999 by Rajasekhar Reddy which were dismissed by the Courts.

Lokesh alleged that Jagan Mohan Reddy failed to question the central government despite having 22 Members of Parliament (MPs) at his disposal.

“If YSRCP candidate wins in the Tirupati Parliamentary by-poll, it will be another mute voice but if TDP candidate Panabaka Laskhmi wins, it will be a voice that will raise questions on behalf of the people,” the TDP general secretary claimed.

The Scheduled Castes reserved high stakes seat of the Tirupati bypolls is scheduled on April 17 and all eyes in the state are on it.

On Friday, YSRCP founder and Chief Minister, Reddy, held a review meeting on the issue and told his party leaders and ministers that their candidate M. Gurumoorthy’s triumph should be so huge that the entire nation should take note of it.

In this article:Nara Lokesh, TDP