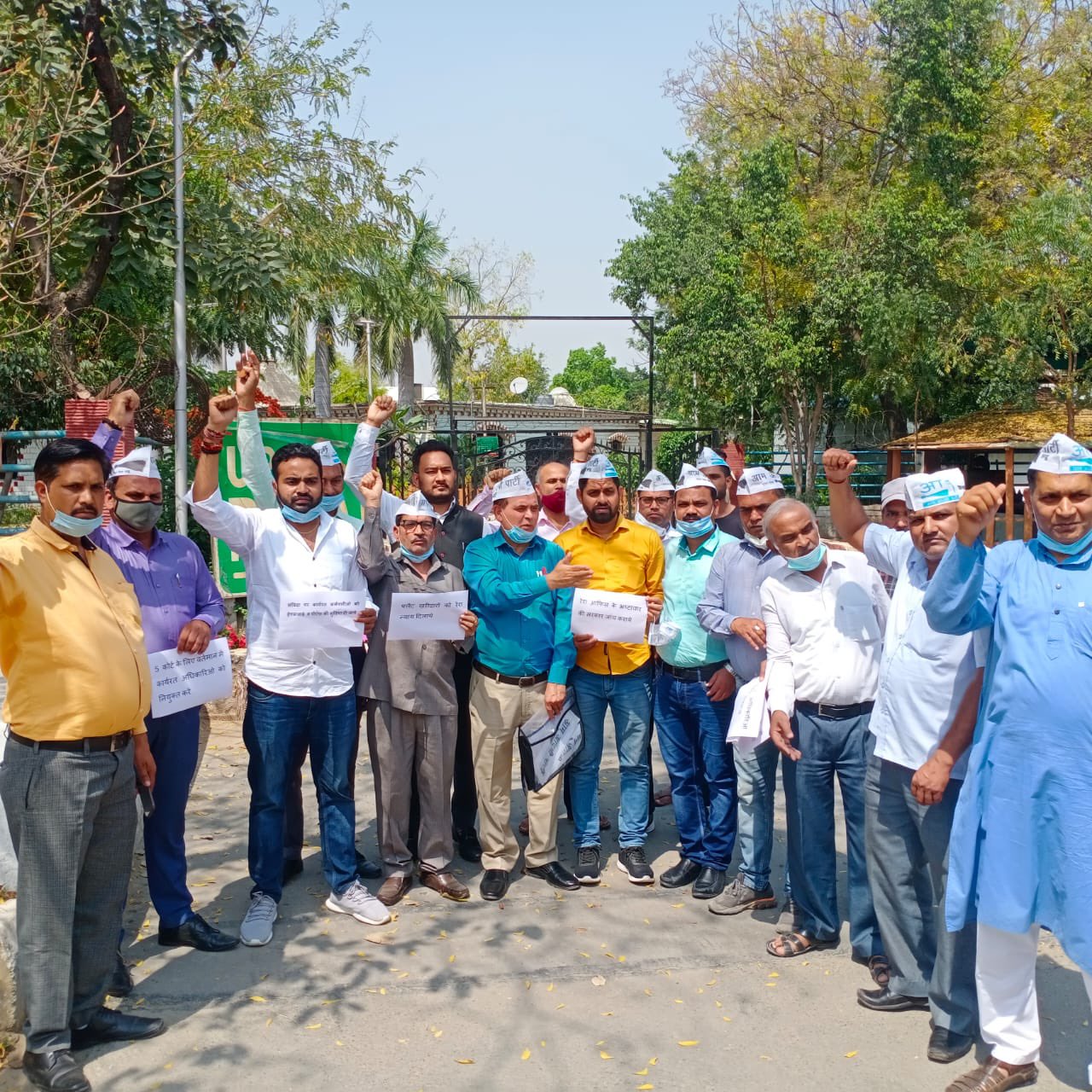 NOIDA: The BJP-led Uttar Pradesh government has done nothing in four years to help home buyers who are awaiting possession of their flats in Noida and Greater Noida, the Aam Aadmi Party (AAP) here alleged on Friday.

On a day the Yogi Adityanath-led government marked four years of its completion in Uttar Pradesh, the AAP’s Gautam Buddh Nagar unit also hit out at the state government for its “wrong policies” on issues of inflation, health, education, industrial development.

Party members also held a protest demonstration outside the office of the Uttar Pradesh Real Estate Regulatory Authority (RERA) in Greater Noida to raise the issue of homebuyers.

“In these four years, the people of the district have only been disappointed with the government. There is no solution to the problems of lakhs of people who have bought flats but are yet to get their possession. The government has not done any concrete efforts to solve their problem in four years,” AAP’s district president Bhupendra Jadaun said.

“The condition of government schools and government hospitals in the district has gone worse and industries destroyed due to the wrong policies of the government,” Jadaun alleged.

At the protest outside the RERA office, AAP’s district spokesperson Sanjeev Nigam alleged that the regulatory body has only increased the problems of the homebuyers.

“Retired IAS officers are being appointed in RERA who do not show interest in solving the problems of the homebuyers. This system should change. RERA was brought it to check the problems related to frauds committed by builders but RERA itself has now become an issue for the people,” he claimed.

Nigam added that there are only two offices of RERA in Uttar Pradesh – one in Greater Noida and the other in Lucknow – while the issue of homebuyers is not limited to these two places alone.

During the demonstration, the party also raised the issues of farmers, unemployment, law and order and women safety, among others, in the state.