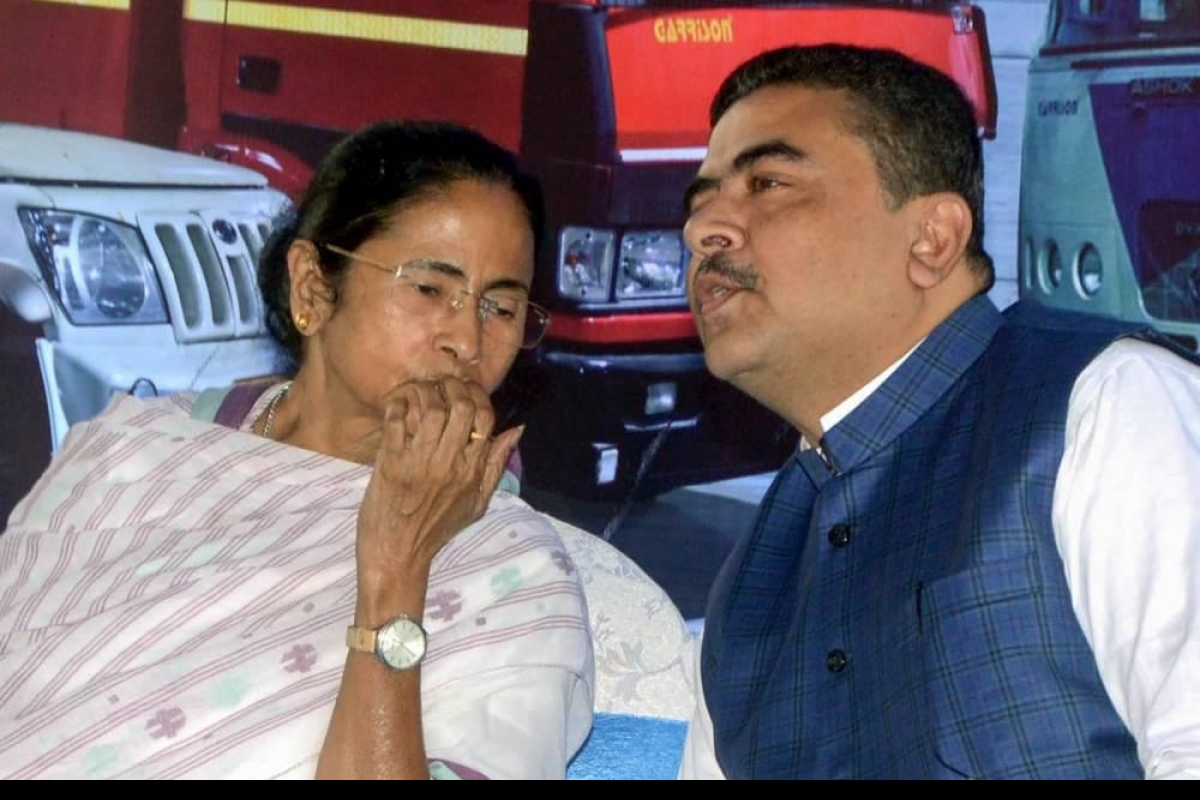 Venting her ire against Suvendu Adhikari, her protege-turned-rival who is pitted against the TMC leader from Nandigram constituency for the coming assembly polls, Banerjee said at an election rally here, she had even heard rumours the Adhikari family had built an empire worth Rs 5,000 crore.

The chief minister said, she will get it investigated once she is voted to power.

Most members of the Adhikari family, which holds considerable political clout in the district, have either joined the BJP or expressed a desire to join the saffron party.

Veteran TMC MP Sisir Adhikari – father of Suvendu Adhikari – joined the BJP at Egra on Sunday in the presence of Union Home Minister Amit Shah and other senior leaders of the party.

She compared the Adhikari family with “Mir Jafar” (traitor) and said the people of the region will not tolerate it and give befitting replies with ballots.

Mir Jafar, the military general of Bengal’s last indepedent nawab Siraj-ud-Daulah, is considered a traitor for deceiving the besieged Nawab during the Battle of Plassey in 1757 which paved the way for British rule in India.

“I say I am a ‘big donkey’ (Ami ekta boro gadha) for having failed to recognise them. I dont know (about it), but people say their ’empire’ is worth Rs 5,000 crore and they will use money to buy votes. But don’t vote for them,” Banerjee told the rally.

The TMC chief also described the BJP as a party of “rogues and goons”.

She also blamed the Adhikari family for ruling the district as “zamindars” (landlords) by taking full control of the area, claiming that even she was not allowed to hold public meetings there.

Highlighting that all works like health, roads and other schemes were undertaken by the state government and not by the Adhikari family, Banerjee urged the crowd to keep the BJP out of West Bengal to maintain peace and further the pace of development.

Earlier too, she had described Suvendu Adhikari as a traitor, pointing out that she had blindly supported him when he was in the Trinamool Congress.

Banerjee left her Bhowanipore constituency in Kolkata to contest against her former lieutenant and BJP candidate Suvendu Adhikari in Nandigram seat, where an anti-land acquisition movement catapulted the TMC to power in the state in 2011.