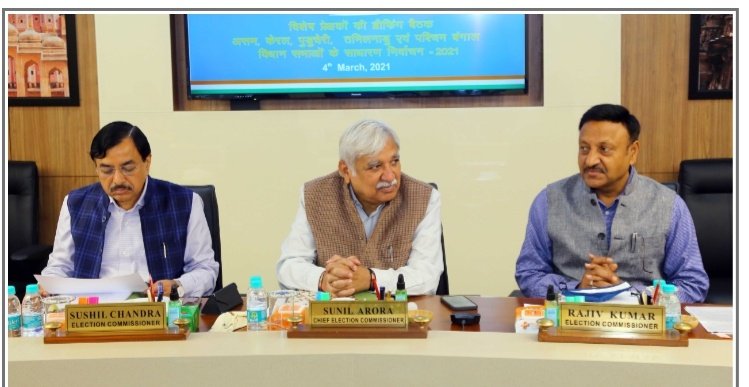 The CEC along with Election Commissioners Sushil Chandra and Rajiv Kumar held two review meetings at Tezpur and Guwahati with deputy commissioners, superintendents of police and other senior officers of all districts going to polls in the first and second phase of elections,

The CEC directed all officials to ensure that elections are conducted in a peaceful, free and fair manner with high voter turnout.

Arora said that the special general and police observers have been associated with randomisation of state and Central Armed Police Forces to jointly decide the election security plan.

All agencies were asked to continue with their vigil even after the three-phased polling is over in Assam, as adjoining West Bengal will still be having elections.

The border check posts need to be functioning strictly till the election results are out.

The special general observer apprised the Commission of the overall status of preparedness in the state, while the special police observer gave an overview of security measures put in place to ensure smooth conduct of the elections.

Special Expenditure Observer Neena Nigam apprised the ECI of seizure of items worth Rs 80 crore (as against Rs 16 crore made in the previous election) due to concerted efforts of various agencies.

During the meeting, presentations were made by the Deputy Commissioners and Superintendents of Police highlighting the status of poll preparedness in their respective districts.

Assam is scheduled to go to polls on March 27, April one and April six for 126 assembly constituencies.