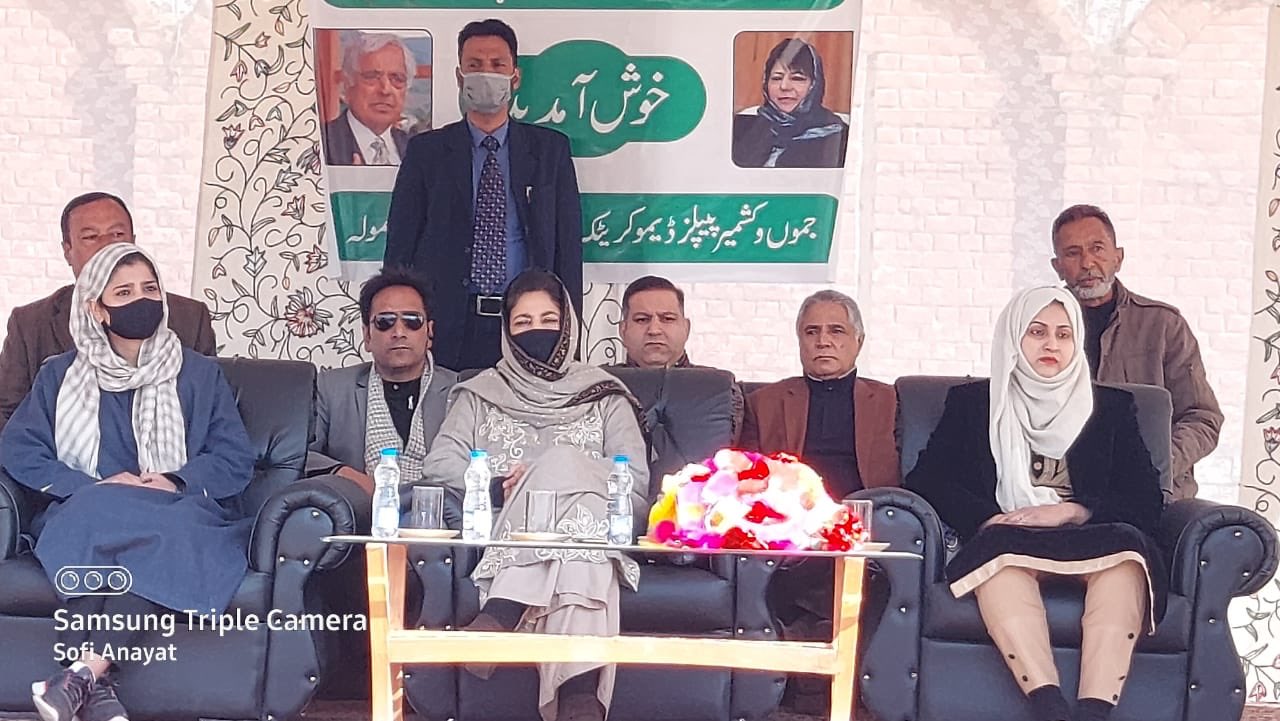 NEW DELHI: Jammu and Kashmir Peoples Democratic Party (PDP) president Mehbooba Mufti on Monday did not appear before the Enforcement Directorate at its headquarters here in a money laundering case, citing that she had prior commitments that could not be cancelled.

However, the former Jammu and Kashmir chief minister said she is ready and willing to be questioned in Srinagar, preferably at her residence or through video conference.

The 61-year-old leader, who was released last year after more than a year in detention following the scrapping of Jammu and Kashmir’s special status, was served a notice to appear at the Enforcement Directorate’s (ED) headquarters in the national capital.

On March 19, the Delhi High Court had refused to stay summons issued to her after she moved the court seeking quashing of the summons in the case.

The ED, which had earlier summoned Mehbooba on March 15, had not insisted on her personal appearance at that time.

“I write to you in reference to the summons issued to me to be present at your Delhi office on March 22. I have challenged in the Delhi High Court the constitutional vires of Section 50 of the PMLA (Prevention of Money Laundering Act), under which these summons are issued,” she said in a letter to the ED.

Section 50 of the PMLA empowers the authority, that is, officers of the ED, to summon any person to give evidence or produce records. Persons summoned are bound to answer the questions put to them and to produce documents as required by the ED officers, failing which they can be penalised under the PMLA.

The PDP leader said that without prejudice to any of the contentions in the proceedings before the high court, “I state that I am not in a position to attend the summon on 22nd March as I have prior commitments that cannot be cancelled at such short notice”.

“If however you insist we must do it sooner, I am ready and willing to be questioned in Srinagar, preferably at my residence or through video conference from Srinagar,” Mehbooba said in her letter.

She also demanded necessary material and documentation which would enable her to assess the subject matter of the summons.

“I am completely in the dark as to what this summon is about and what the scheduled offence is that has given rise to these proceedings. In the event that you are unable to accede to one or more of these requests, I urge you to pass reasoned orders in respect of such requests,” Mehbooba said.

She said her response to the summons does not in any manner mean that “I accept its legality or that I have waived any of my contentions on the vires of Section 50 of the PMLA or the summons sent to me purportedly under that provision or any objections I may have in law to the use of any statement in that regard”.

Refusing to stay the summons to her, a bench of Chief Justice D N Patel and Justice Jasmeet Singh had said that they are not granting any relief to the PDP leader.

The court asked the ED to file a short note of submission along with compilation of judgments relied upon by them before the next date on April 16.

It also asked Mehbooba’s counsel to file a short note.

Solicitor General Tushar Mehta, representing the ED, said she just has to appear before the officials.

Senior advocate Nitya Ramakrishnan, representing Mehbooba, urged the court to ask the ED not to insist for her personal presence as was done earlier.

To this, the bench said, “We are not giving any stay. We are not granting any relief.”

The PDP leader has also sought to declare Section 50 of the PMLA as void and inoperative, being unfairly discriminatory, bereft of safeguards, and violative of Article 20(3) of the Constitution.

She has also sought an interim stay on the summons until the question of law in relation to constitutionality of PMLA’s section is decided.

After receiving the ED summons, Mufti had said that the Centre’s “tactics to intimidate and browbeat political opponents” won’t work.

“GOI’s tactics to intimidate & browbeat political opponents to make them toe their line has become tediously predictable. They don’t want us to raise questions about its punitive actions & policies. Such short-sighted scheming won’t work,” the PDP leader had tweeted, without any mention of the ED notice.