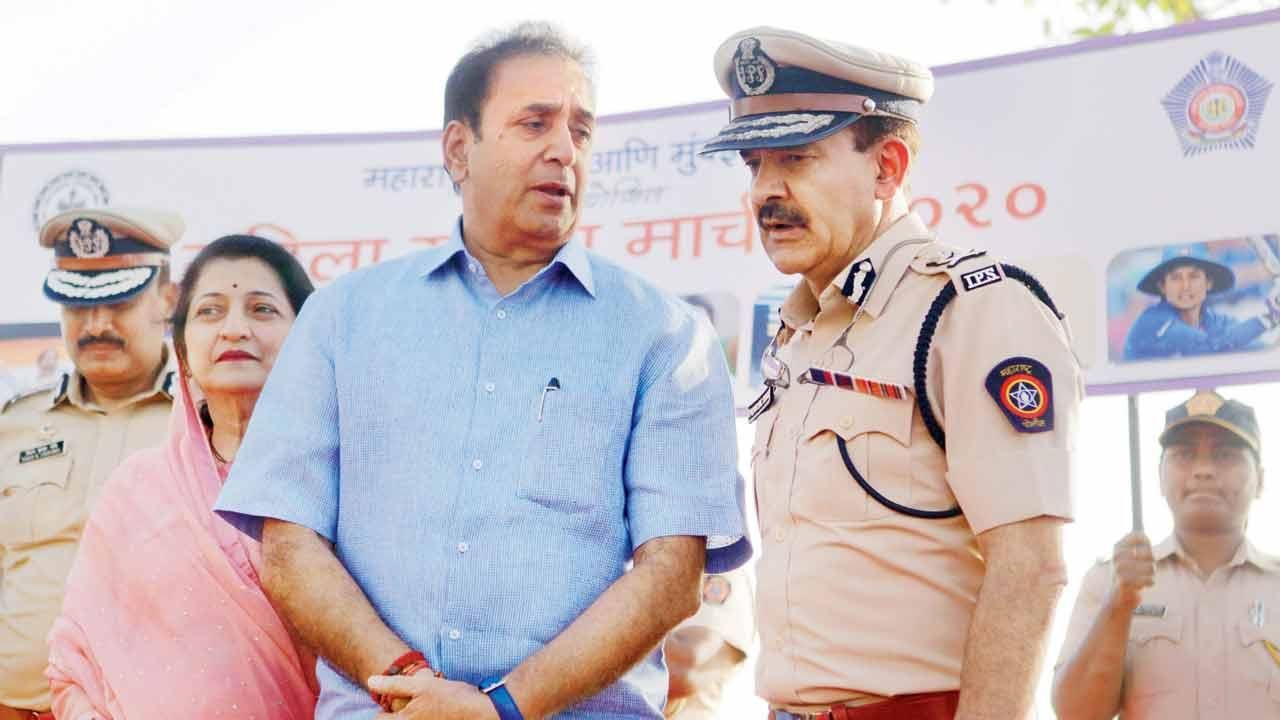 NEW DELHI: Former Mumbai police commissioner Param Bir Singh’s corruption allegations against Maharashtra Home Minister Anil Deshmukh pertain to a period when he was hospitalised and hence the question of his resignation does not arise, NCP chief Sharad Pawar said on Monday.

“We got information that Deshmukh was hospitalised at that time in Nagpur. The allegation (by Singh) pertains to exactly the same period when he was in hospital. There is a hospital certificate,” Pawar told reporters in Delhi, his second media briefing in as many days over an issue which has caused a flutter in state political circles.

Singh had also alleged in the letter that Deshmukh had called Mumbai police API Sachin Waze around mid-February at the ministers official residence and told him to collect Rs 100 crore a month.

Deshmukh had rubbished the charges the same day.

Deshmukh was admitted to a Nagpur hospital between February 5 and February 15 after testing positive for COVID-19 and was being analysed from February 15 to February 27, Pawar said during the media briefing.

The NCP chief also read out a certificate from the hospital in this regard.

“All (state) government records also say that for the entire three weeks, he (Deshmukh) was not in Bombay (Mumbai).

He was in Nagpur, which is his home town. Thats why in such a situation, the question (of seeking resignation) does not arise, Pawar said.

The former Union minister also said that there is no substance in the BJPs demand that Deshmukh should step down till the time allegations against him are probed.

Referring to Singh’s letter, Pawar also wondered why the IPS officer took a month to level the allegation if he had the information that Deshmukh had called Waze around mid- February and asked him to collect funds.

The NCP president said the main case pertains to an explosives-laden vehicle being taken near industrialist Mukesh Ambanis residence.

Pawar said the ATS has arrested two persons in connection with the death of businessmen Mansukh Hiran, whose vehicle was used to carry the explosives.

“The main case was that and I think the Bombay ATS is going in the right direction,” he said.

“I did not have information yesterday about Deshmukhs hospitalisation so I had said it (Singh’s claims) is a serious issue. But today, it is absolutely clear after getting information from the Nagpur hospital that the allegation against Deshmukh is not correct,” he said.

Asked if Singh’s allegation should be investigated given the element of suspicion in it, Pawar said Maharashtra Chief Minister Uddhav Thackeray can look into any official or minister if he wants to.

Maharashtra government and the chief minister are the the final authority. They have got every right to probe any official or minister. We have no objection. We will not comment on that issue, he added.

Asked about BJP releasing a video on Twitter to show Deshmukh held a press conference on February 15, Pawar said, I only said I have documents that he was in hospital at that time.

On Vanchit Bahujan Aghadi leader Prakash Ambedkar meeting Maharashtra Governor Bhagat Singh Koshyari to seek imposition of Presidents rule in the state, Pawar said he takes cognisance of individuals who have people behind them.

“I take cognisance of the views of persons who have people behind them and have their partymen in Assembly or Parliament, Pawar added.