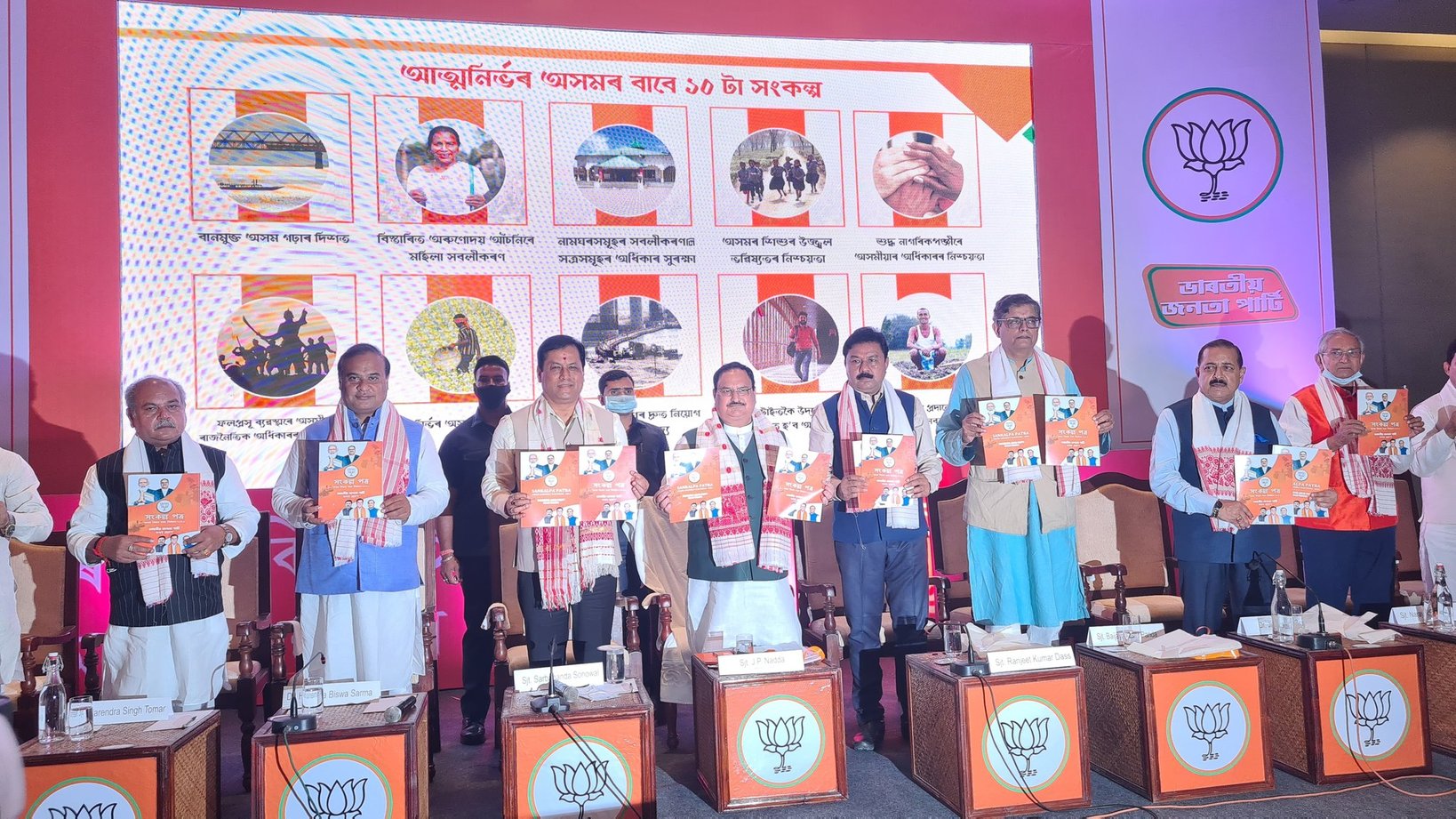 The party also made ‘ten commitments’ in the manifesto — one of which is initiation of a process to “correct and reconcile” the entries made as part of the Supreme Court-mandated National Register of Citizens (NRC) exercise, as it seeks to “protect genuine Indian citizens and exclude all illegal immigrants”.

The manifesto underlined that the BJP, if voted to power, will provide free education to every child, make arrangements to control floods and ensure that the state achieves “self-sufficiency” when it comes to production of essential items.

It further gave assurance that payments made to women under ‘Orundoi’’scheme will be increased to Rs 3,000 from the current Rs 830, and eligible residents would be empowered with land rights.

Nadda, after releasing the document, said that Citizenship Amendment Act (CAA) will be implemented in Assam when the time is right.

Taking a dig at Congress, he said: “The party had been claiming that it wouldn’t allow implementation of CAA, which is a central legislation. They are either ignorant or trying to fool the people of the state.”